Mr. Ernie Wright, visualization communication expert working as part of GESTAR, described his work developing visualizations of the lunar surface based on data from NASA’s Lunar Reconnaissance Orbiter (LRO) during a colloquium at USRA's Headquarters. In particular, he was able to reconstruct the circumstances of the famous “Earth-rise” photo taken by the Apollo 8 astronauts while orbiting the moon in 1968. Mr. Wright also described how he constructed the refined shape of the moon’s shadow along the path of totality for the August 21, 2017 solar eclipse across the United States. Using LRO data of the moon’s limb and space shuttle data of the elevations on the earth’s surface, Mr. Wright traced a 49-sided polygon along the path of totality representing the moon’s shadow on the earth. The detailed shape refines locations and timing of the eclipse along the edges of totality. Mr. Wright concluded by answering questions about the eclipse. 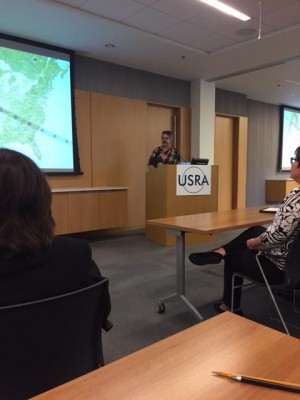 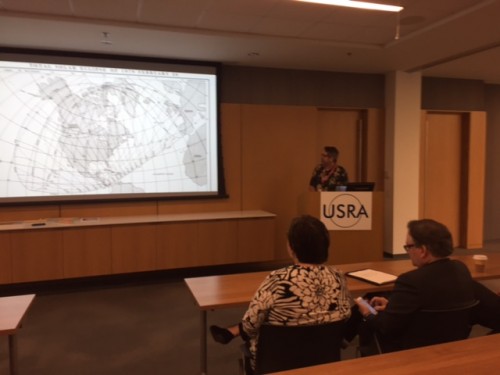