Columbia, MD—September 19, 2022.  In December 2021, USRA was selected by Voyager Space and its operating company,  Nanoracks,  to join the founding leadership team in charge of supporting the development of the Starlab's George Washington Carver (GWC) Science Park, along with ZIN Technologies, The Ohio State University, and the International Association of Science Parks and Areas of Innovation. 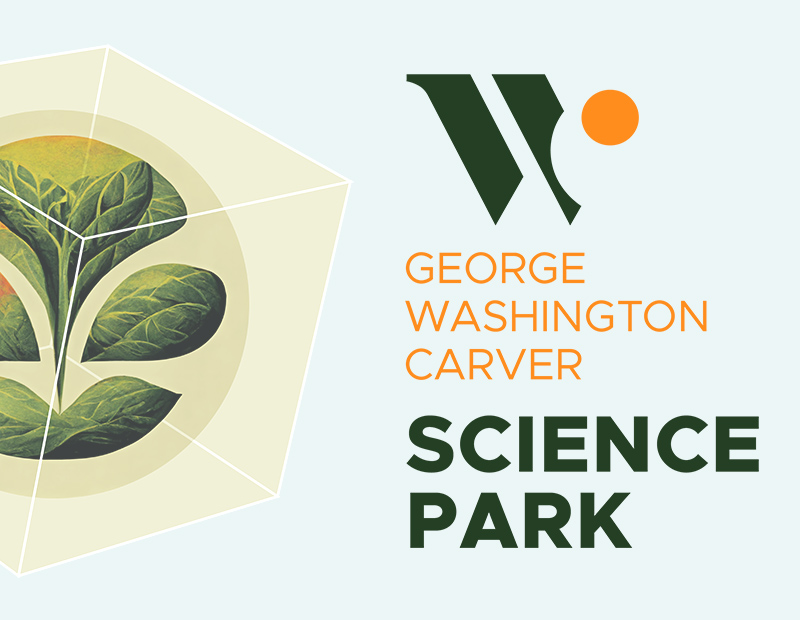 The GWC Science Park will leverage a successful terrestrial business model where scientists and industry members share findings, collaborate, and use new technologies to advance both scientific and commercial endeavors.

Today, Voyager Space announced that the terrestrial analog of the George Washington Carver Science Park will be located at the Ohio State University in Columbus, Ohio.  “Team Ohio” comprised of The Ohio State University, the State of Ohio, JobsOhio, and One Columbus was selected to develop the facility to support the world’s first-ever science park devoted to space.

Attached below is the Press Release, published from Paris, France by Voyager Space.

“Team Ohio” comprised of The Ohio State University, the State of Ohio, JobsOhio, and One Columbus Selected to Develop Facility to Support World’s First-Ever Science Park Devoted to Space

PARIS, Sept. 19, 2022 –Voyager Space (Voyager), today announced it has selected a proposal from The Ohio State University, the State of Ohio, JobsOhio, and One Columbus (“Team Ohio”) to locate the terrestrial analog of the George Washington Carver Science Park (GWCSP) at Ohio State in Columbus, Ohio.

The GWCSP, established by Voyager and its operating company Nanoracks, is expected to be a core element of Starlab, the companies’ proposed commercial space station. In December 2021, Voyager and Nanoracks won a $160 million award from NASA to design Starlab as part of NASA’s Commercial Destination Free Flyers (CDFF) effort. The GWCSP is the world's first-ever science park in space, operating today on the International Space Station (“ISS”). The GWCSP leverages a successful terrestrial business model where scientists and industry experts share findings, collaborate, and use new technologies to advance both scientific and commercial endeavors.

Together, Team Ohio and Voyager agreed to a two-phase program to realize the development of the GWCSP terrestrial lab. The project is still pending review and approval of incentives from JobsOhio and the Ohio Department of Development. The effort will begin this year with a facility at Ohio State’s College of Food, Agricultural, and Environmental Sciences. Next year, the organizations plan to break ground on a stand-alone facility on the Ohio State Aerospace and Air Transportation Campus, home to The Ohio State University Airport (KOSU), Ohio State’s Aerospace Research Center, Knowlton Executive Flight Terminal and Education Center, and a range of corporate, government, and private aviation and aerospace activities.

“Ohio is the birthplace of aviation and has a deep-rooted history in aerospace and defense innovation,” said Dylan Taylor, Chairman and CEO of Voyager Space. “It’s clear that Ohio offers the most beneficial location for a terrestrial facility to support the long-term success and utilization of George Washington Carver Science Park. Company researchers, operators, visionaries, and space change makers in Ohio will have the ability to influence and inspire organizations pursuing aerospace research and development and we are thrilled to be partnering with Team Ohio on this exciting project.”

Ohio’s colleges and universities collectively graduate more than 13,000 engineers and engineering technicians each year. The state is home to more than 110,000 public and private aerospace and aviation professionals, as well as the Air Force Research Laboratory (AFRL) at Wright-Patterson Air Force Base, Battelle, the NASA Glenn Research Center, the NASA Armstrong Test Facility and the Ohio Unmanned Aircraft Systems Center, which is pioneering innovative technologies to allow drones to fly safely beyond the visual line of sight.

“The George Washington Carver Science Park is a wonderful example of the powerful synergies that Ohio offers to commercial space ventures,” said Ohio Governor Mike DeWine. “This landmark partnership at the intersection of aerospace and agriculture is extraordinary. Together, we will accelerate transformational aerospace technologies as Ohio continues to lead this nation into the Aerospace Age of the 21st Century.”

The proposed site of the temporary GWCSP is located within the existing laboratory, classroom, office, and meeting space at the Agricultural Engineering Building on the Ohio State campus. In addition to research, teaching, and service operations, this facility is also home to the United States Department of Agriculture (USDA) Agricultural Research Service (“ARS”) (ars.usda.gov). NASA and USDA have more than 120 joint space agricultural research activities in progress currently.

“By collaborating with Team Ohio, Voyager Space is launching one of the most creative public-private partnerships in one of the most sought-after space destinations on this planet,” said Dr. John Horack, inaugural holder of the Neil Armstrong Chair in Aerospace Policy in the College of Engineering and John Glenn College of Public Affairs at The Ohio State University. “We know this initial collaborative investment will transform into a broader commercial space research magnet that serves as the primary North American site for the George Washington Carver Science Park.”

“In my conversations with the Voyager and Nanoracks team, I assured them that Ohio was 100 percent committed to being a leading innovator in aviation and aerospace,” said Lt. Governor Jon Husted, Director of InnovateOhio. “This partnership between Nanoracks, Voyager and Ohio State represents a significant step toward leading this nation into on-orbit, human commercial space operations, and the people of Ohio will be playing an important role in the future.”

“The decision to establish the George Washington Carver Science Park at The Ohio State University provides Voyager/Nanoracks direct access to some of the world’s leading research,” said J.P. Nauseef, JobsOhio president and CEO. “This commercial space laboratory will be the most advanced of its kind on Earth, bolstered in Ohio by 100,000 university researchers, faculty, staff and students, as well as partnerships between public, private and academic resources that will fuel the innovations that make sustained life in space possible.”

The research conducted at the GWCSP terrestrial lab will aim to generate positive social, economic, educational, and quality-of-life outcomes for a broad range of constituents, in particular, the Ohio agriculture community. Some of these benefits include research to preserve Ohio’s water quality, provide better crop production and improve plant and animal genetics for Ohio’s agricultural community.

"We have only just begun to scratch the surface of the possibilities and opportunities that await us in the ‘final frontier,’ and our ability to maximize future exploration hinges on collaboration between scientists and industry experts,” says President of The Ohio State University, Kristina M. Johnson. “Locating the terrestrial lab of the George Washington Carver Science Park on Ohio State’s campus will be the best possible way to facilitate this joint effort and ensure we are sharing resources, research and knowledge across multiple disciplines."

The GWCSP terrestrial lab is set to include high-bay laboratory space, suitable for scientific research experiments that span the entire range of Starlab activities, procedure development, testing, prototyping, and other activities essential on the path to spaceflight research.

The George Washington Carver Science Park honors the legacy of the famed American agricultural scientist and inventor who developed hundreds of food products and practical, sustainable farming methods. The George Washington Carver Science Park is the first space-dedicated member of the International Association of Science Parks (IASP), a catalyst for global participation in the space research ecosystem. Additionally, Ohio-based Zin Technologies (ZIN) and the Universities Space Research Association (USRA), a Washington D.C.-based company with a long-standing presence in Ohio, are part of the founding GWCSP leadership team. ZIN is advising on the overall GWCSP in-space lab design and will develop key hardware as needed. USRA will direct and manage the science park, prioritize and schedule research, and oversee scientific lab operations.

Voyager Space is a space technology company dedicated to building a better future for humanity in space and on Earth. With nearly 20 years of spaceflight heritage and over 1500 successful missions as of July 2022, Voyager delivers space station infrastructure and services and technology solutions to commercial users, civil and national security government agencies, academic and research institutions, and more, with the goal to accelerate a sustainable space economy.