Columbia, MD—February 15, 2022. William (Bill) Cleveland from USRA’s Science and Technology Institute, was awarded the Silver Achievement Medal “For exemplary support of and commitment to NASA and the Gamma Ray Burst Monitor.” 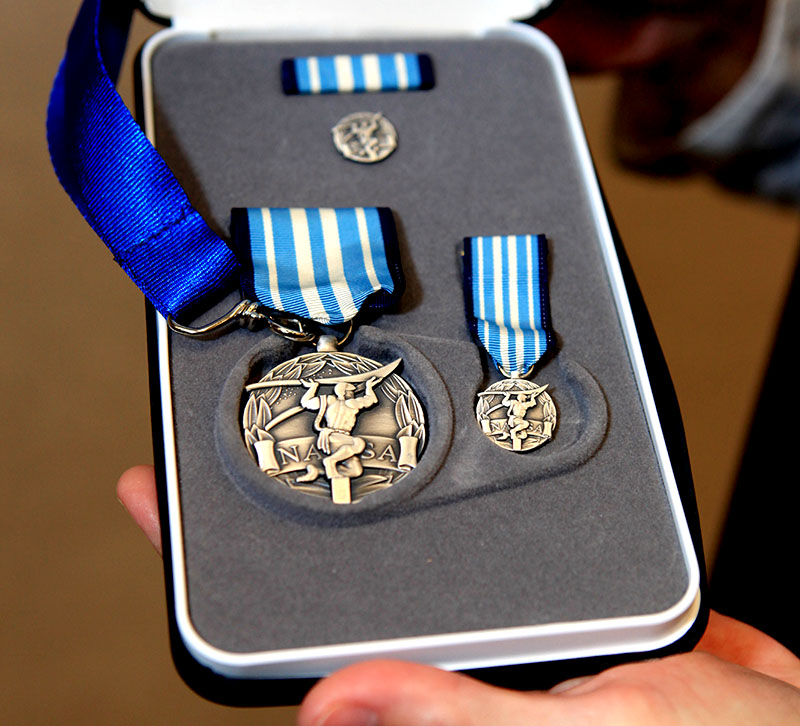 The Silver Achievement Medal is one of NASA’s most prestigious awards, approved by the Administrator, and given to individuals or teams who have distinguished themselves by making outstanding contributions to the Agency’s mission. These awards are given to individuals or teams for “a stellar achievement that supports one or more of NASA's core values, when it is deemed to be extraordinarily important and appropriate to recognize such achievement in a timely and personalized manner.”

“We are delighted and proud to see Bill Cleveland receive the Silver Achievement Medal which recognizes the revolutionary impact of his seminal and sustained contributions during his career and his incredible talent. For the past 12 years, Bill has provided critical support across all project-related software and Information Technology requirements on the Fermi Gamma Ray Burst project and the NASA team," said Ghassem Asrar, Senior Vice President of Science at Universities Space Research Association.

Dr. Joan Schmelz, Director of USRA's Science and Technology Institute noted, "Bill has also supported the continual scientific need to expedite data capture, improve data analysis and improve burst location accuracy, eventually replacing the initial code set with an entirely upgraded system.  He has been a real asset to us.”

The recipients of the Silver Medal Achievement Award will be honored at the Honor Awards ceremony in the Spring of 2022.

Founded in 1969, under the auspices of the National Academy of Sciences at the request of the U.S. Government, the Universities Space Research Association (USRA) is a nonprofit corporation chartered to advance space-related science, technology and engineering. USRA operates scientific institutes and facilities, and conducts other major research and educational programs. It  engages the university community and employs in-house scientific leadership, innovative research and development, and project management expertise. More information about USRA is available at https://www.usra.edu.