Columbia, MD--April 24, 2020.  USRA’s Andrew Badger working with colleagues at NASA Goddard Institute of Space Studies, Columbia University, University of Idaho, University of Colorado Boulder and University of California Merced, contributed to a new study in the journal Science that claims that human driven climate change is pushing the American West into a megadrought, and into its driest period in more than 400 years. The study, based on modern weather observations, 1,200 years of tree-ring data, and dozens of climate models, appears in the April 17, 2020 issue of Science. The lead author of the paper is A. Park Williams from Lamont-Doherty Earth Observatory of Columbia University, Palisades, NY 10964, USA. 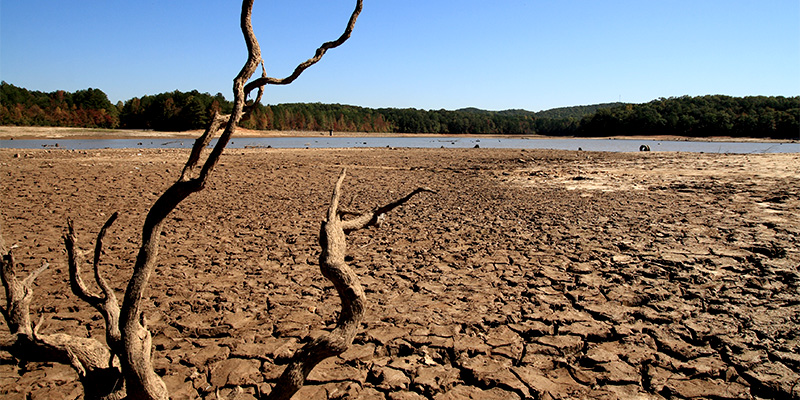 “Earlier studies were largely model projections of the future,” said Dr. Park Williams, a bioclimatologist at Columbia University’s Lamont-Doherty Earth Observatory. “We’re no longer looking at projections, but at where we are now. We now have enough observations of current drought and tree-ring records of past drought to say that we’re on the same trajectory as the worst prehistoric droughts.”

Dr. Badger’s work primarily focused on the hydrologic modeling element of the study. Using the Variable Infiltration Capacity (VIC) model, a hydrologic land-surface model, to isolate the anthropogenic effects of the recent megadrought in southwestern North America, he ran simulations for 1901-2018 for Western North America using a meteorological forcing dataset developed by project lead, Dr. Park Williams of the Lamont-Doherty Earth Observatory at Columbia University. A suite of subsequent simulations attempted to isolate the anthropogenic effect in the recent climate record by removing trends in 1) temperature and relative humidity, 2) precipitation, and 3) all three variables. Through the use of hydrologic simulations and tree-ring reconstructions, the researcher team determined that the 2000-2018 southwest North American drought was the second driest 19-year period since 800 CE.

Using rings from many thousands of trees, the researchers charted dozens of droughts across the region, starting in 800 AD and concluded that the 2000-2018 southwest North American drought was the second driest period since 800 AD, with the anthropogenic effects pushing a potentially moderate drought onto a megadrought trajectory.

The team then compared the ancient megadroughts to soil moisture records calculated from observed weather in the 19 years from 2000 to 2018. Their conclusion: as measured against the worst 19-year increments within the previous episodes, the current drought is already outdoing the three earliest ones.