Columbia, MD and Houston, TX—July 7, 2022. A research proposal led by USRA's Lunar and Planetary Institute (LPI) was one of 40 proposals from 9 countries recently selected by the Japanese Aerospace Exploration Agency (JAXA) for their first International Research Announcement of Opportunity (AO). The objective is  to study samples returned from Ryugu, a carbonaceous (C-type) asteroid, by the Hayabusa2 mission. This AO aims to maximize the scientific return from Hayabusa2 samples by soliciting research projects from the international scientific community. 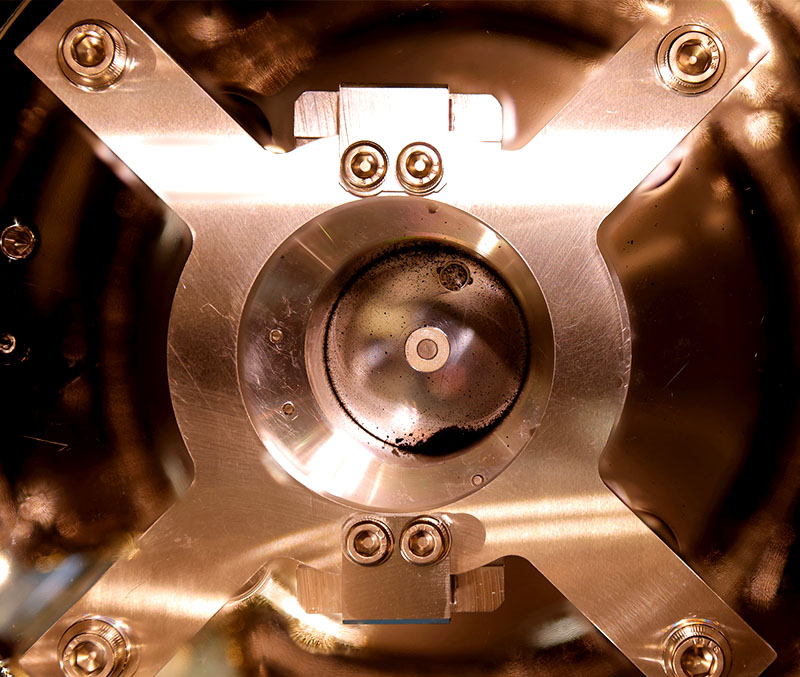 Sample catcher chamber A, captured by an optical microscope. Many particles larger than .1mm were found in both chambers A and C. Credit: JAXA

"We are honored and excited to have been selected to contribute to this historic work," said Cyrena Goodrich, the principal investigator of the study and senior staff scientist at the LPI. “This work will lead to increased knowledge of the chemical and isotopic diversity among the primordial materials that made up our solar system.”

JAXA's Hayabusa2 mission collected more than 5 grams of surface and near-surface materials from the near-Earth asteroid (162173) Ryugu after 17 months of orbital observations and returned these samples to Earth in December 2020. The sealed sample container was opened in an evacuated clean chamber in the JAXA Extraterrestrial Sample Curation Center and was processed under ultra-clean conditions to prevent contamination of the Ryugu particles by the terrestrial environment.

C-type asteroids like Ryugu have reflectance spectra that resemble those of carbonaceous chondrite meteorites, which are thought to represent very primitive planetesimals that formed early in the solar system's history. The first set of analyses of the Ryugu samples, carried out by multiple JAXA sample analysis teams and collaborators, showed that they have mineralogical, chemical, and isotopic similarities to CI type of carbonaceous chondrites, which are the most volatile-rich of all the carbonaceous chondrite types and have bulk chemical compositions closely matching that of the Sun. CI meteorites are very rare, at least partly because they are porous and friable and do not survive passage through Earth's atmosphere. The direct return of Ryugu samples thus provides an unprecedented opportunity for scientists to study these fragile building blocks of our solar system, uncontaminated by terrestrial chemical signatures. 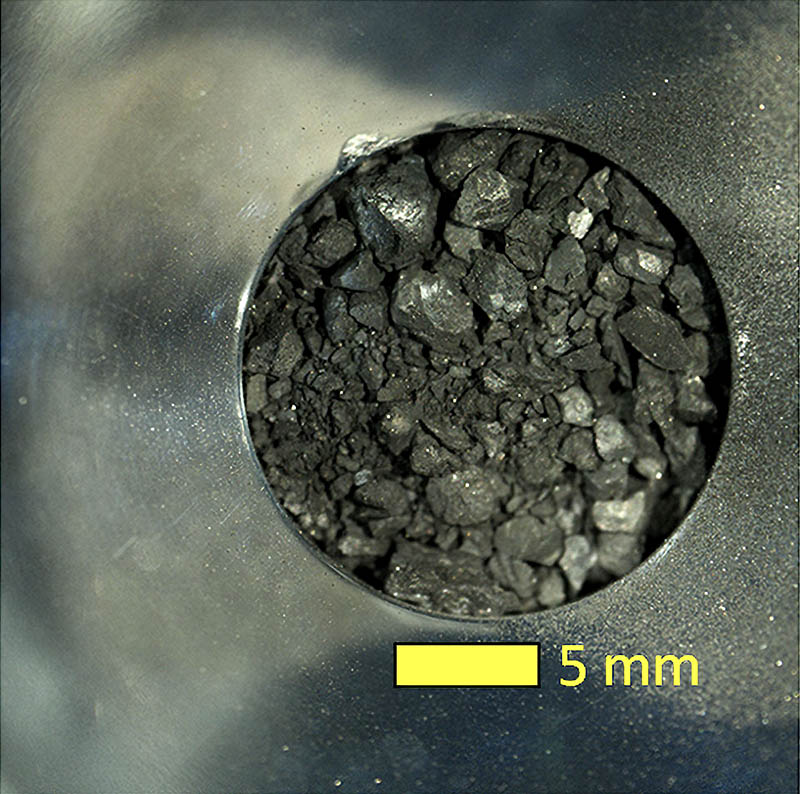 The science team led by Goodrich, which includes co-investigators Prajkta Mane (LPI), Victoria Hamilton (SwRI), Seungyeol Lee (JSC-LPI), and Max Hamm (Freie Universität Berlin), will examine Ryugu samples to explore the chemical and isotopic diversity of CI-like materials in the early solar system by comparing them to a relatively underexploited source of CI-like materials, i.e., xenoliths that are found in several types of meteoritic breccias. These xenoliths were implanted into their hosts more than 4.5 billion years ago and may have a different provenance from that of CI-like materials impacting Earth today. Comparing the Ryugu samples, CI-like xenoliths, and CI meteorites themselves will lead to a better understanding of the range of compositions of early solar system materials and help us understand which, if any of these, might have contributed volatile species such as water, to the early Earth.

For these investigations, the LPI-led team will be using analytical facilities at NASA JSC’s Astromaterials Research and Exploration Science (ARES) Division, in collaboration with a number of ARES scientists who are already working on the Hayabusa2 mission.