Columbia, MD--February 2, 2022.  Pat McGovern's research, along with that of his colleagues Oliver White and Paul Schenk at USRA /LPI was featured in Eos, the science news magazine of the American Geophysical Union. The article  entitled  “Clues to Pluto's History Lie in its Faults” shows how studying the geological features on Pluto's surface can illuminate ancient history of how the dwarf planet formed. It summarizes the researchers' approach and key findings. Here is the link: https://eos.org/research-spotlights/clues-to-plutos-history-lie-in-its-faults 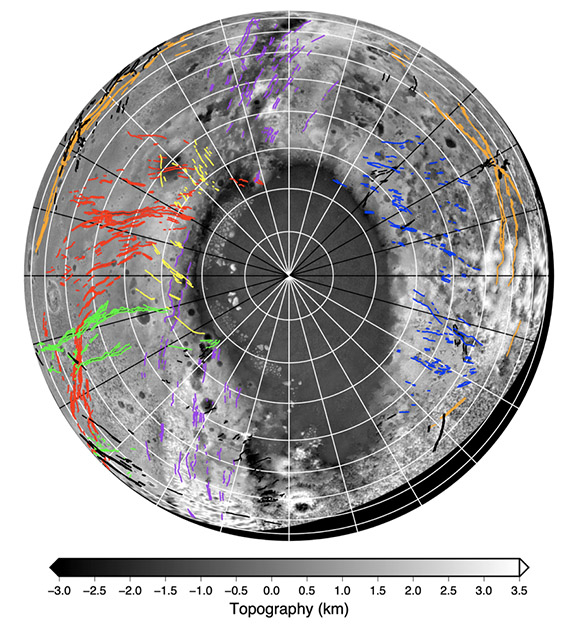