Columbia MD and Washington DC-- July 10, 2020. Research conducted by Kennda Lynch, a scientist at the Universities Space Resarch Association, focuses on the Jezero Crater on Mars – where the Mars Rover, Perseverance, will collect samples that will enable us to determine whether signs of past life existed there. 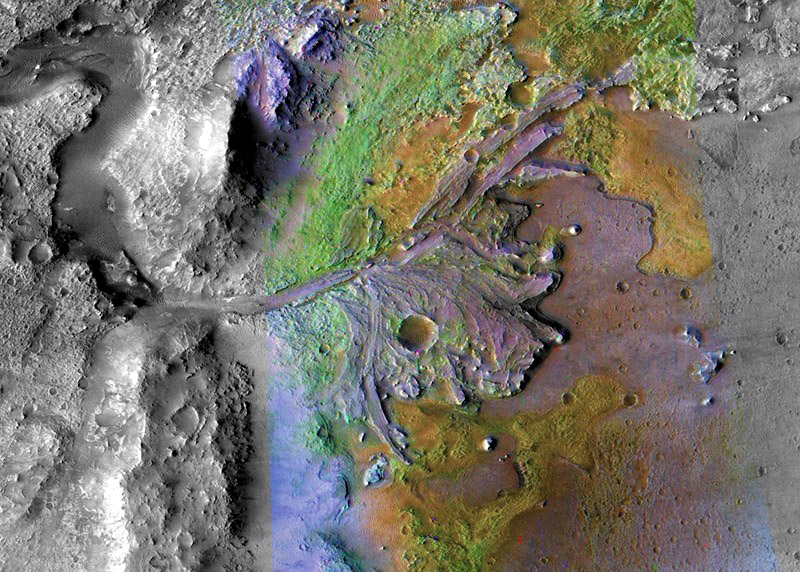 Perseverance is scheduled to launch from Cape Canaveral Air Force Station in Florida between July 30 and August 15, and land on Mars on February 18, 2021.

Perseverance will land in the 45-kilometer-wide Jezero Crater, just north of the Martian equator and in a spot that was once home to a lake and a river delta. That ancient delta offers a rich variety of geological landscapes — where Perseverance could collect many samples that might contain signs of past life, says USRA’s Kennda Lynch, an astrobiologist and geomicrobiologist at the Lunar and Planetary Institute in Houston, Texas. Kennda studies the Jezero landing site and Earth analogs environments that represent potential habitable zones in the crater. Engineers at the Jet Propulsion Laboratory in Pasadena, California, who built the craft, have already mapped out several routes that it could take around the delta, covering on the order of 15 kilometers.

Kennda was featured in a short video entitled #Countdown to Mars - a series that NASA is developing.