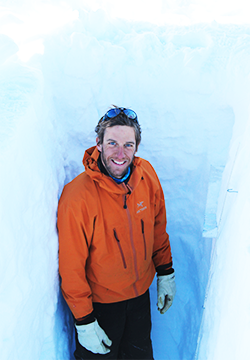 Columbia, MD and Washington DC—August 13, 2018. USRA scientist, Ludovic Brucker, at NASA's Goddard Space Flight Center, is a recipient of the prestigious 2018 Cryosphere Early Career Award presented by the American Geophysical Union (AGU). He was awarded this honor for his outstanding contributions integrating observations with models that have significantly improved international assessments of the cryosphere with respect to climate change.

The AGU Award honors and recognizes the “sustained and unique contributions that enlighten our understanding of the Earth and its atmosphere and oceans, and of the solar system and exoplanets.” The recipients of these awards through their scientific advancements have made significant advances to the well being of our planet.

Dr. Nicholas White, USRA’s Senior Vice President, Science, notes, “Dr. Brucker has in less than 10 years demonstrated exceptional skill in conducting and leading field experiments in unforgiving environments, and has a remarkable ability to interweave his field results with his theoretical work and scientific knowledge" 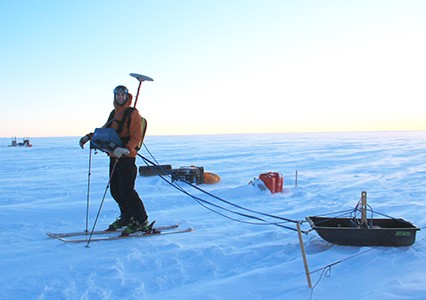 Among its various awards that AGU bestows every year are 21 awards for early-career scientists (up to 10 years post-Ph.D.).  All the awardees will be recognized for their achievements at AGU’s Fall Meeting in December 2018 in Washington, D.C.

More information is available on https://eos.org/agu-news/2018-agu-section-awardees-and-named-lecturers