Columbia, Maryland—September 3, 2021. USRA is proud to announce that it’s the recipient of a Top Non-Profit Workplace Award.

This accolade was granted by Energage, a company that draws on employee feedback to maintain the industry’s most robust workplace culture benchmarks. 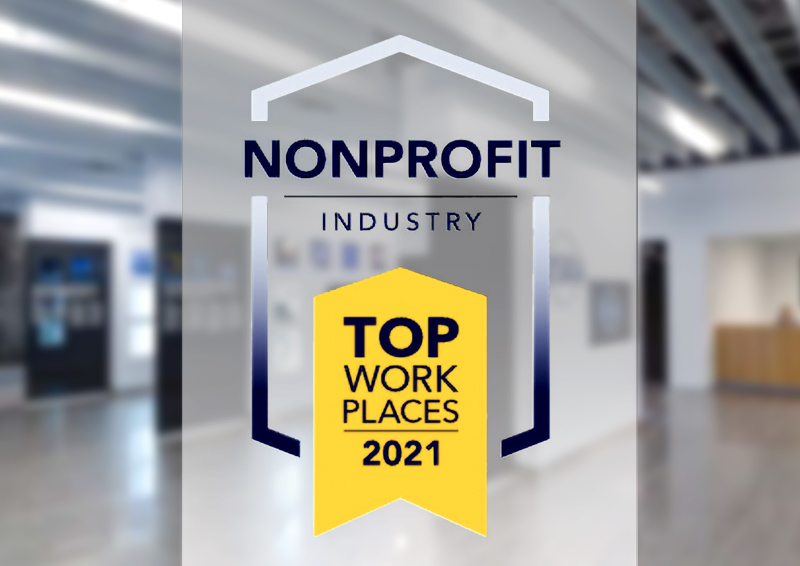 Organizations competing for this award are evaluated against the industry’s most vigorous benchmarks, based on 14 years of research and data from 70,000 organizations and 23 million employee surveys.

For this award, Energage recognized all organizations within each industry that exceeded their Top Workplaces criteria.

It combined employee feedback captured by Workplace survey, well-designed scientific measurement, and massive amounts of big data to identify the companies that prioritize–and excel at –a high performing, people first culture. And it identified USRA as a Top Non-Profit Workplace, based on the ranking given by USRA employees.

Eric Weaver, Vice President and Chief Human Resources Officer at USRA, noted, “The past year has presented unique challenges for most of us -- at our workplace, and at home. USRA Managers continue to play a critical role in supporting our employees’ wellbeing, and it’s heartwarming that our employees have taken notice and raised their voices expressing confidence in our workplace, which has enabled USRA to achieve this awesome recognition! “