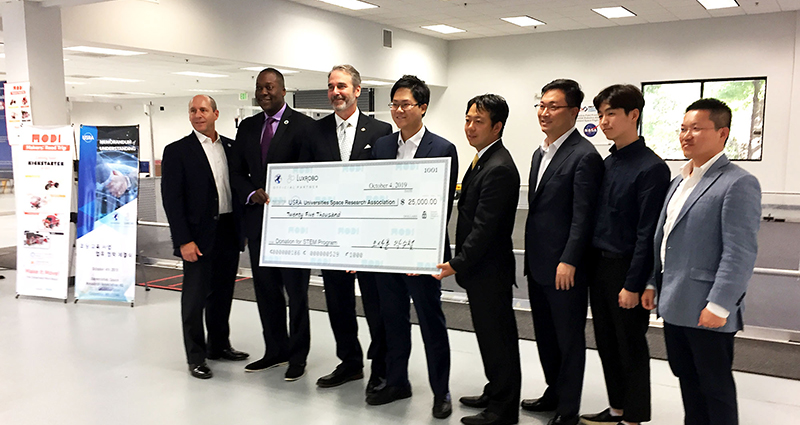 USRA receives a $25,000 check from JastinTech and Luxrobo exceutives for expansion of the USRA STEM Program.

The donation was announced at an event at USRA’s STEMaction Center promoting the upcoming launch of a workshop to teach computer coding using MODI robotics and automation elements invented by Korean start-up company Luxrobo. 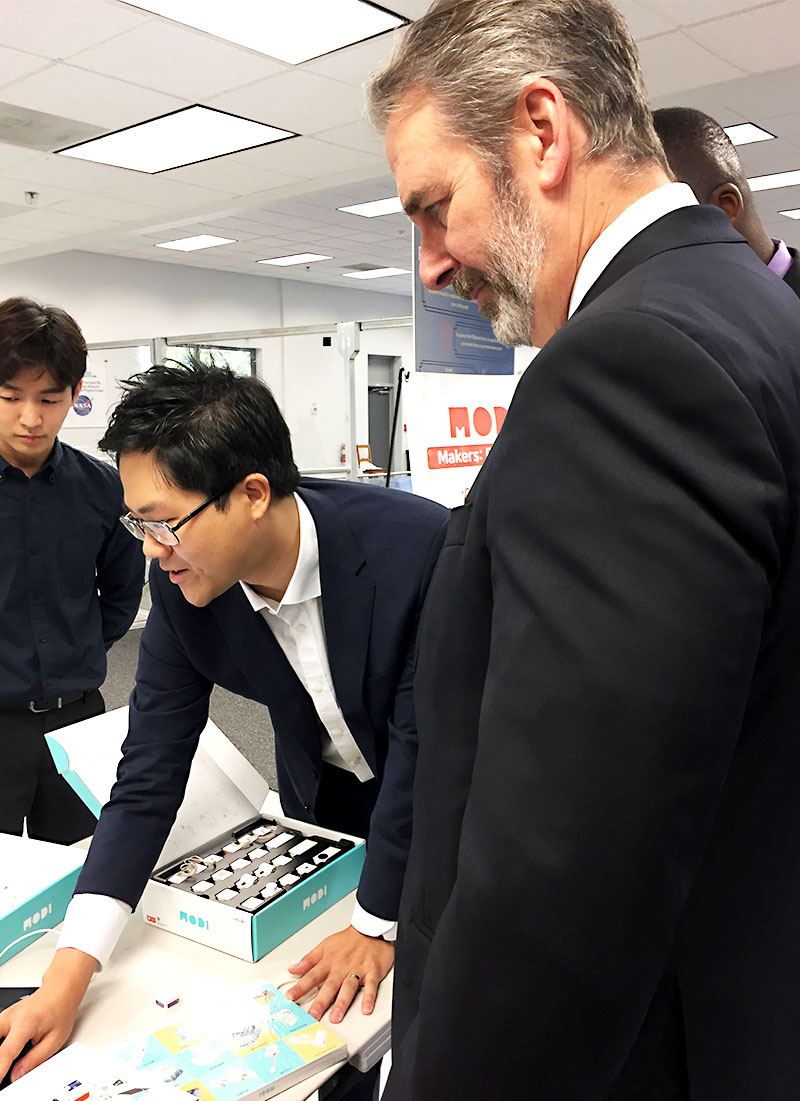 “Sparking curiosity and a desire for exploration in science and technology at the earliest ages is the first step toward improving the pipeline of students who will ultimately pursue STEM careers,” said Dr. Jeffrey A. Isaacson, President and CEO of USRA. “This generous gift from JastinTech will enable USRA to continue providing these activities and ensure they are accessible to students from all socioeconomic backgrounds.”

“As a company that relies on a highly-skilled STEM workforce, we want to help ensure all employers in Howard County and across the region have the talent pool to draw from,” said Soo Park, JastinTech VP of Federal Sales. “JastinTech is committed to inspiring students to pursue STEM careers and is proud to partner with USRA in this effort.” The intuitive design and ease of use of the MODI elements combined with Luxrobo’s proprietary MODI Studio coding platform facilities differentiates content development for students at all skill levels – from beginner to robotics and programming expert.

The event was also attended by Howard County Executive Dr. Calvin Ball, who noted that “Howard County will continue to be a leader in innovation by investing in education, celebrating big ideas, and expanding opportunities for every child.” “I want to thank JastinTech-Luxrobo for their $25,000 sponsorship and I look forward to our continued partnership.” 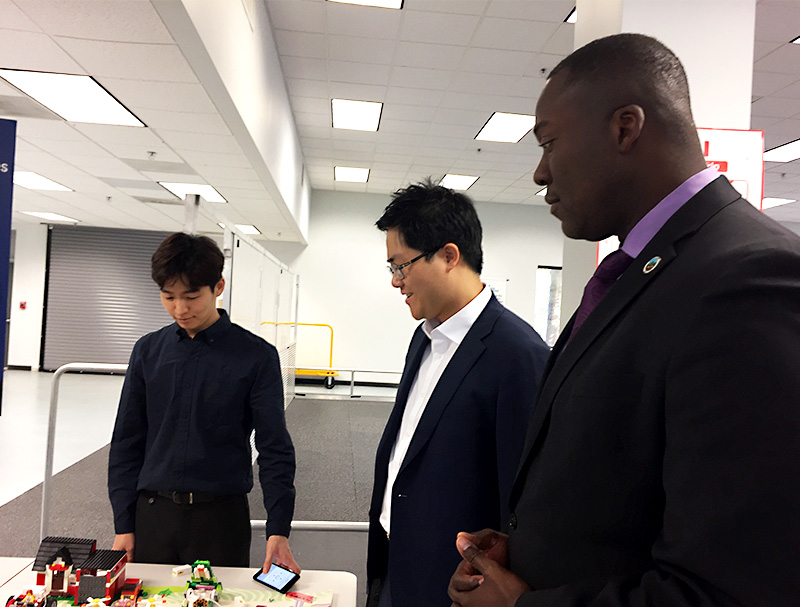 The Universities Space Research Association (USRA) is a nonprofit corporation chartered to advance space-related science, technology and engineering. USRA was founded in 1969, under the auspices of the National Academy of Sciences at the request of the U.S. Government. It operates scientific institutes and facilities, and conducts other major research and educational programs, under Federal funding from NASA, the Air Force Research Laboratory, the Department of Energy, and other agencies. USRA engages the university community and employs in-house technical leadership and project management expertise. The governance of USRA is grounded in 111 major research universities. USRA is located in Columbia, Maryland. More information about USRA is available at www.usra.edu.