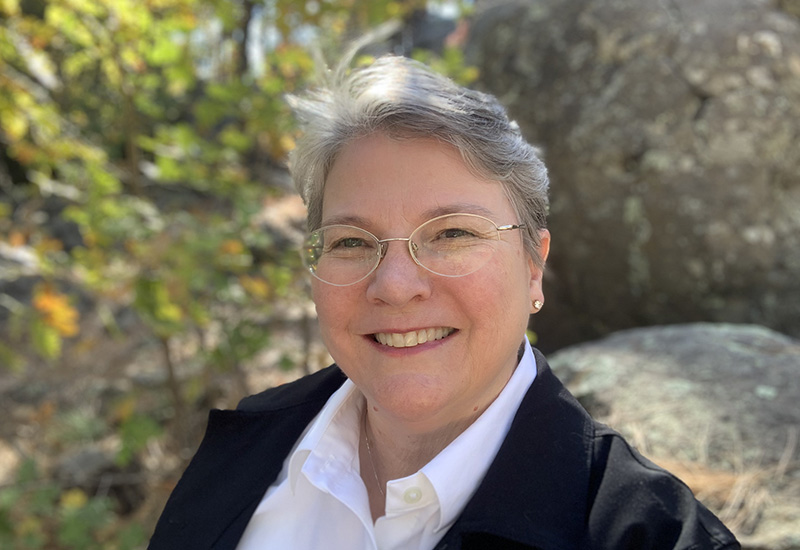 Since 1969, USRA has managed the Lunar and Planetary Institute—a premier research organization that serves NASA and the planetary science community and conducts planetary science research through a core of staff scientists, visiting researchers and post-doctoral fellows.

As director of the Lunar and Planetary Institute (LPI), Dr. Gaddis will provide scientific leadership and management of the research and operations of LPI and maintain and grow it as a primary research center in support of NASA’s strategic goals in planetary science and Solar System exploration.

“With Lisa at the helm, I am confident that LPI and its talented team will continue their seminal scientific and technical contributions and attain the next level in service to NASA and the planetary science and exploration community," says Dr. Ghassem Asrar, Vice President, Science at USRA. “We are delighted to welcome Lisa as a member of USRA team. Her scientific and technical expertise, and proven track record in community leadership and executive management skills make her an ideal candidate to guide the Lunar and Planetary Institute into its very promising and bright future.”

Prior to her appointment to USRA, Dr. Gaddis was at the U.S. Geological Survey (USGS) Astrogeology Science Center in Flagstaff, Arizona, where she worked since 1990 as a scientist, administrator, and supervisor. She brings broad scientific expertise to the LPI, spanning geology and geophysics, remote sensing, planetary science, space mission planning and operations, cartography, and data archiving. Her research interests include analyzing the composition, physical properties, and geologic history of planetary surfaces in our Solar System, using remote sensing data at a variety of wavelengths. She served as Principal Investigator (PI) on more than 35 NASA projects, including being the PI of the NASA Planetary Data System Cartography and Imaging Sciences Node from 2004 to 2020. Lisa also served as Chief Scientist for the USGS Astrogeology Program, serving as PI of the NASA Planetary Cartography Research Program from 2003 to 2007, and managing a staff of 80 people and a budget of $8 million. Her NASA flight mission experience includes science and operations roles on the Mars Exploration Rovers (MER) and a Lunar Reconnaissance Orbiter (LRO) Participating Scientist.

A prolific author, she has published numerous papers in various scientific journals, several book chapters, and served on several committees and advisory groups for NASA on national and international space science and exploration plans. She is a Fellow of the Geological Society of America, and a recipient of the U.S. Department of the Interior Honor Award, Meritorious Service. She holds an A.B. from Vassar College, Sc.M. from Brown University, and Ph.D. from the University of Hawaii.

About USRAUniversities Space Research Association is an independent, nonprofit research corporation where the combined efforts of in-house talent and university-based expertise merge to advance space science and technology. USRA works across disciplines including biomedicine, planetary science, astrophysics, and engineering and integrates those competencies into applications ranging from fundamental research to facility management and operations. USRA engages the creativity and authoritative expertise of the research community to develop and deliver sophisticated, forward-looking solutions to Federal agencies and other government sponsors.

About LPIThe Lunar and Planetary Institute, a division of the Universities Space Research Association, was established during the Apollo missions to foster international collaboration and to serve as a repository for information gathered during the early years of the space program. Today, the LPI is an intellectual leader in lunar and planetary science. The Institute serves as a scientific forum attracting world-class visiting scientists, postdoctoral fellows, students, and resident experts; supports and serves the research community through newsletters, meetings, and other activities; collects and disseminates planetary data while facilitating the community's access to NASA science; and engages and excites, and educates the public about space science and invests in the development of future generations of explorers. The research carried out at LPI supports NASA's efforts to explore the solar system.