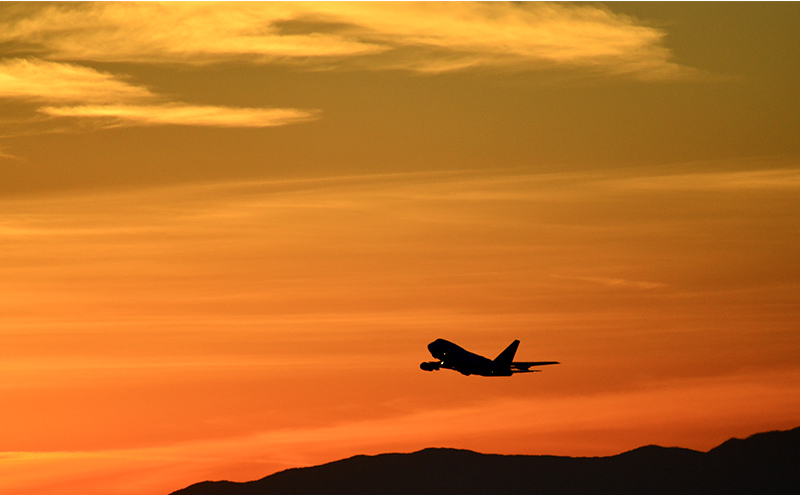 NASA's Stratospheric Observatory for Infrared Astronomy (SOFIA) takes off from home base in Palmdale, California at sunset on May 29, 2015. Credit: Greg Perryman/USRA

USRA has been proud to work with NASA on SOFIA whose legacy has been remarkable.

SOFIA’s  contributions to interdisciplinary science include significant achievements such as:

As far as capabilities are concerned,  SOFIA offers diverse competencies like high resolution spectroscopy and Far-IR polarimetry. Studies of SOFIA’s science capabilities provide compelling synergies with other observatories in NASA’s portfolio. For example, studies of the bright nearby Universe are key to illuminating the underlying physics in the more distant objects that will be targeted by the James Webb Telescope. Balloon Missions such as GUSTO and BlastPol provide direct scientific synergy with SOFIA by performing even wider-area surveys or pathfinder science of select regions. The capabilities of these facilities complement SOFIA capabilities and offer open access to a much larger observer base.

SOFIA’s instrument suite provides continuum, spectroscopic and polarization imaging in the full mid-IR and far-IR wavelength range inaccessible from the ground. The spectral resolving power of SOFIA provides measurements not possible with any other observatory. Unlike space-based IR facilities, SOFIA’s instrument detectors don’t saturate with light even on the bright targets, many of which serve as local templates for understanding the distant universe.

SOFIA’s instruments are constantly upgraded depending on the science needs.   Principal Investigator teams selected through a competitive proposal process develop the instruments. Current instruments include FORCAST and HAWC+, FIFI-LS, EXES, and GREAT. All instruments remain in high demand.  FORCAST and GREAT are the most mature in the instrument suite and their observations have produced the most scientific publications.

SOFIA has doubled its annual science publications over the past three years. In first eight years after starting operations, SOFIA produced over 300 scientific papers which is significantly higher than science return from far-infrared balloon programs and at a comparable hours-per-paper as the Herschel Space Observatory, the last far-infrared space observatory.

SOFIA continues to move forward with higher productivity and greater impact till the end of its term.

USRA looks forward to partner with NASA to ensure the safe fly out of SOFIA and ensure that its science legacy is captured appropriately for the astronomical community.