Columbia, Maryland and Washington DC—January 16, 2019. Universities Space Research Association (USRA) today announced the formation of the Earth from Space Institute (EfSI) and the appointment of Dr. Miguel O. Román as the founding director of the institute. 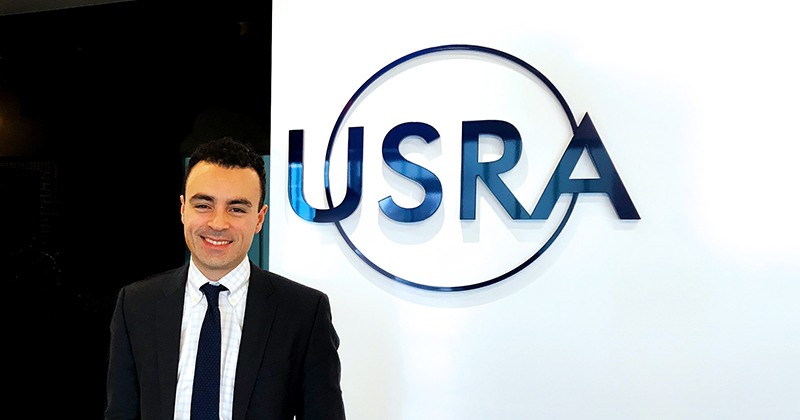 The Earth from Space Institute, co-located within USRA Headquarters in Columbia, Maryland, will conduct innovative research and application studies to advance understanding of a wide range of Earth system topics enabled by observational technology from space, and information analysis capabilities, serving societal needs to better respond to natural and human-driven changes in the Earth system.

According to Dr. Jeffrey Isaacson, President and Chief Executive Officer, USRA, “The establishment of the Earth from Space Institute is part of our strategic plan to expand USRA’s research activities in Earth Sciences. I am very pleased to see this initiative come to fruition under Miguel Román’s leadership, and I look forward to an exciting and promising future for the institute.”

Under Dr. Román’s leadership, USRA will bring together an interdisciplinary team of scientists, engineers, and applied practitioners focused on utilizing space-based technologies and data systems to develop and deliver information products of high societal relevance to a variety of stakeholders. EfSI will focus on strengthening relationships with leaders across space agencies, universities, foundations, industry, and other organizations that share common goals to promote the importance of providing accurate, timely, and easily accessible satellite data, and of addressing the critical information needs of at-risk communities.

In conjunction with USRA’s team of development officers, EfSI staff will be embedded with stakeholders from across government, academia, civil society groups, and NGOs to foster international cooperation and establish partnerships that can deliver significant and positive impacts on essential issues that link Climate Action, Energy Access, Urban Resilience, and Disaster Risk Reduction to people’s lives.

“Miguel is at the forefront of what is happening to our planet,” said Dr. Nicholas White, Senior Vice President, Science, at the Universities Space Research Association. “He’s an outstanding scientist whose accomplishments focus on observing our home planet and how it’s changing. We are delighted to have him on board at USRA.”

Before joining USRA, Dr. Román served as a research scientist at NASA’s Goddard Space Flight Center where he pioneered the “Black Marble” – a global suite of nighttime lights products that enables near-real-time monitoring of power failures during major disasters and the assessment of underserved and vulnerable communities worldwide. As NASA’s Land Discipline Lead, he led research projects to evaluate the environmental, health, and societal impacts of urban change, and to monitor the long-term effects of disasters on island communities and areas of intensive risk..

Dr. Román is the recipient of the Presidential Early Career Award for Scientists and Engineers (PECASE), the highest honor bestowed by the United States government on scientists and engineers beginning their independent careers. He holds engineering degrees from the University of Puerto Rico at Mayagüez and Cornell University, respectively, and a doctorate in geography from Boston University.