Selected by a panel of judges well recognized in their respective fields, this competition represents the rigor expected of a science competition. The selection committee consists of university faculty members in science and engineering disciplines from among the top tier universities.

"We at USRA are extremely proud of the students who receive these awards," said Dr. Jeffrey Isaacson, President and CEO, USRA. "They demonstrate outstanding talent, as manifested in work ranging from theoretical basic research to innovative practical applications aimed at solving challenging problems. But it's not just their research that makes them stand out — finalists are also selected based on their leadership potential and initiative. We congratulate these talented students and wish them a brilliant future." 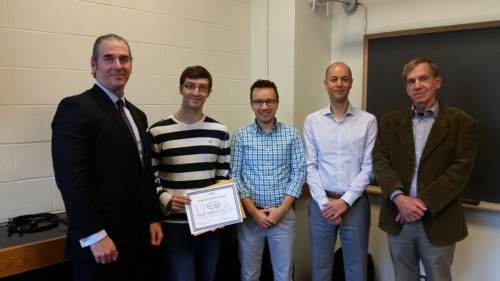 The 2016 USRA Scholarship Awards recipients are:

Formed in 1969, under the auspices of the National Academies of Science, Universities Space Research Association is an independent non-profit organization that offers an avenue for government and industry to engage the expertise of the academic community with USRA's technical leadership, innovative R&D, operational excellence, management of premier facilities, and education programs to advance space- and aeronautics-related sciences and exploration.