Columbia, MD –August 4, 2020. As Carl Sagan famously said, “We’re made of star stuff” — but how do stars distribute their essential "stuff" for life into space? NASA’s telescope on an airplane, SOFIA, is finding some answers by watching pulsating stars as they expand and contract, almost like-beating hearts. 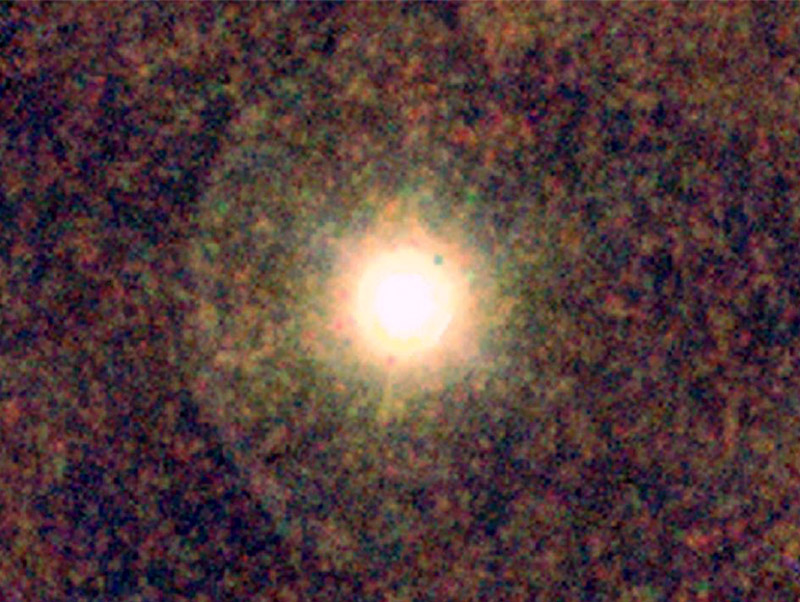 Image of a carbon star known as CW Leonis or IRC+10216 from the Herschel Space Observatory. SOFIA found that some carbon stars with especially strong pulsations, called Mira variables, distribute large amounts of carbon to interstellar space where it can be used as a building block for life and other complex structures. Image credit: ESA/PACS/SPIRE/Consortia

The Stratospheric Observatory for Infrared Astronomy, SOFIA, examined several types of pulsating stars in our Milky Way galaxy, watching as some spewed carbon,  into interstellar space. Carbon is created deep inside stars through the process of helium fusion. As stars evolve, this carbon can get dredged up to the surface. But it must be forced into space . But it must be forced into space for it to be available as a building block of life.

SOFIA found that some Mira stars, late-stage red giants with especially powerful pulsations, can drive strong stellar winds that eject carbon-rich gas and dust out into interstellar space. On the other hand, stars with much weaker pulsations called semiregular stars, can't push the wind out as effectively. The Mira Stars are therefore responsible for distributing large amounts of carbon into the universe. The research was published in The Astrophysical Journal.

“We know that essential chemicals like carbon come from stars,” said Kathleen Kraemer, a scientist at Boston College and lead author of the study. “But these strong pulsations help explain how carbon moves away from stars to where it can evolve into more complex structures, which in the case of Earth, ultimately became DNA, proteins and fats — life.”

Previous research observed pulsating stars in other galaxies, like the Large Magellanic Cloud, but this research with SOFIA provides new insights into how carbon gets distributed  in our own Milky Way galaxy.