SOFIA: Red-Eye to the Stars

SOFIA: Red-Eye to the Stars

Columbia, MD—February 14, 2022. The show “Red-Eye to the Stars – the flying observatory SOFIA” was created by our German colleagues at DSI, and was distributed to various planetariums. At the request of DSI, USRA is disseminating this video. 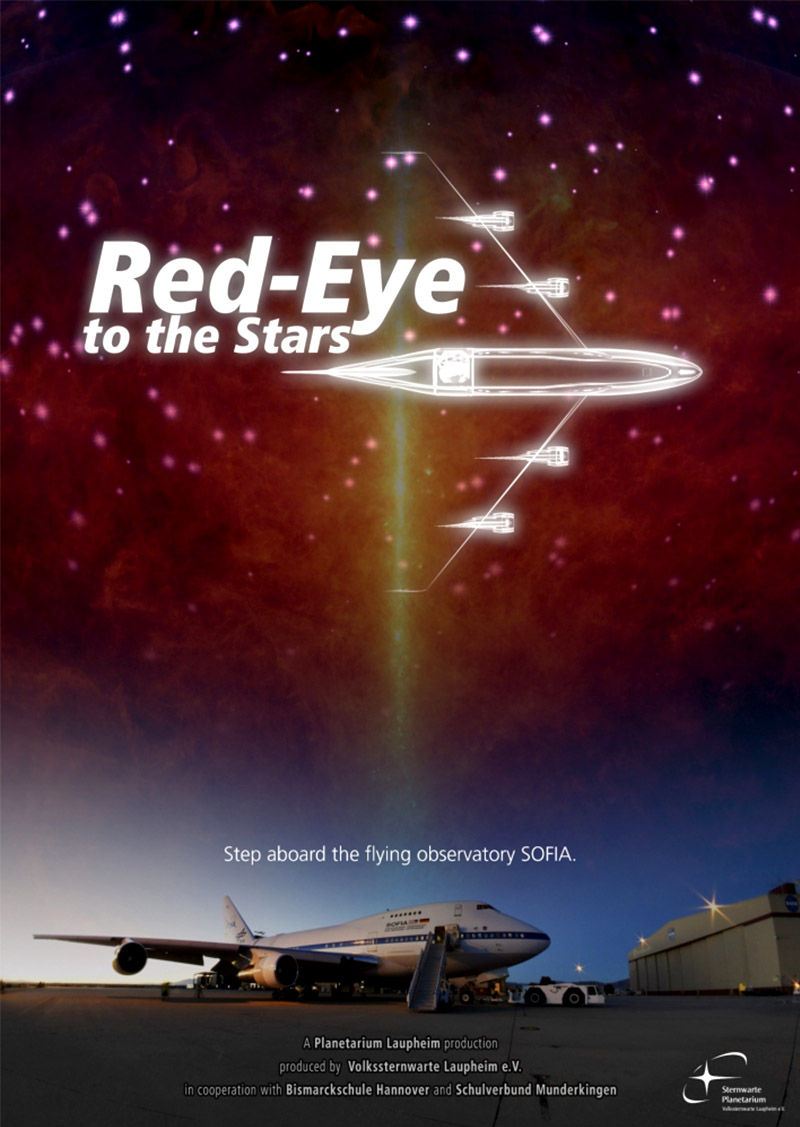 Poster for the show “Red-Eye to the Stars”.
Image credit: Planetarium Laupheim

The Stratospheric Observatory for Infrared Astronomy  (SOFIA)  which gathers thermal radiation from distant celestial objects unobstructed by the water vapor in the Earth’s atmosphere, among other things,  is used to observe the nurseries of young stars in distant gas nebulae that remain hidden in the spectrum of visible light.

To illustrate the special features of infrared radiation, an elaborate animation of the Hubble Space Telescope's colorful images of the "Pillars of Creation" in the Eagle Nebula was created, giving the viewer the feeling of diving into this region of star formation.

The production team was able to shoot impressive full dome videos during two flights with SOFIA and create an exceptional planetarium show!

Here are the links to the show.

Poster for the show “Red-Eye to the Stars”.
Image credit: Planetarium Laupheim