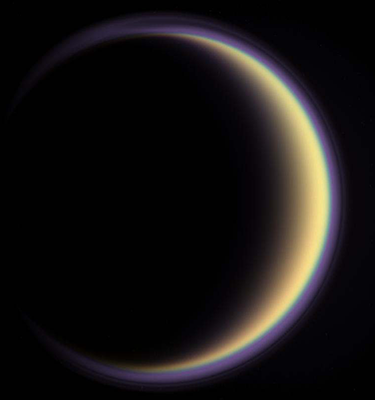 At 11:09 pm on July 19, 2018 (Western Australia Time), Titan, the largest moon of Saturn, passed in front of a distant star, creating an occultation. That occultation was visible on Earth as a shadow that passed across a narrow strip of land and ocean. This rare astronomical event lasted a total of only 4 minutes.

The camera on NASA’s Stratospheric Observatory for Infrared Astronomy (SOFIA), whose science operations are managed by Universities Space Research Association headquartered in Columbia, Maryland, captured this event as it flew through the shadow. Using precision flying and its cutting-edge instrumentation, SOFIA was able to characterize the atmosphere of Titan. SOFIA was not alone in taking advantage of this rare event. The Zadko telescope of the University of Western Australia was also able to capture this occultation.

SOFIA’s observations clearly demonstrate that the atmosphere on Titan has evolved since the last such measurement in 2003, attesting to the dynamic climate on this fascinating planetary body.