Columbia, MD– July 27, 2020. Incorporating satellite observations in disease models has become a valuable component in informing public health policy and decisions. Twenty years ago, predicting a disease outbreak seemed like science fiction. But today, researchers can track when and where certain diseases will emerge and spread—from weeks to months beforehand—with the help of Earth observing satellites. 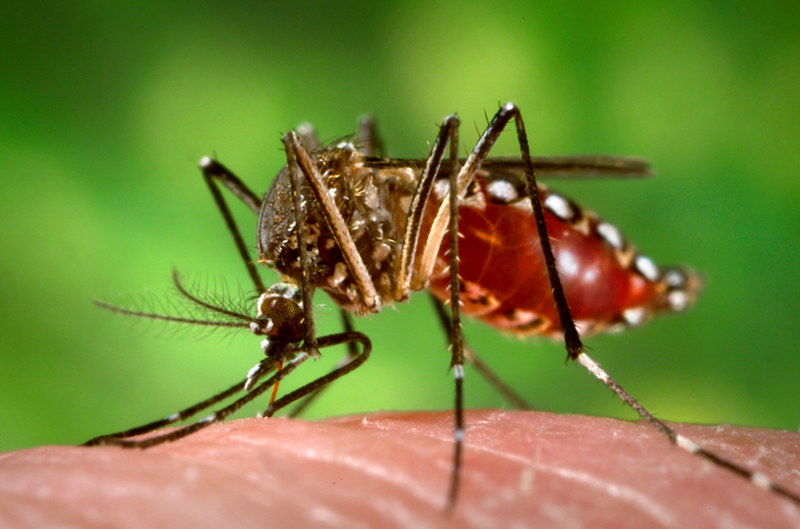 Aedes aegypti mosquitoes transmit the virus for several tropical diseases, including chikungunya, dengue, zika, and yellow fever. They are recognized by white markings on their legs. Image credit: CDC/James Gathany

“Scientists can determine where disease-favoring conditions in the environment exist, and that can be done only by a global surveillance system that satellites provide,” said Assaf Anyamba, a Universities Space Research Association scientist working in the GESTAR program at NASA GSFC, and the lead scientist on the Rift Valley fever Monitoring project.

Anyamba’s team is one of several research groups worldwide that is developing predictive outbreak models for some of the world’s most common but not well understood diseases—many of which do not have a vaccine. Rift Valley fever, cholera, chikungunya, and dengue, are generally found in tropical regions around the world with poor water quality and sanitation, and in places with limited access to health care services.

With the access to advanced satellite observations, researchers who study these diseases have acquired better tools to observe the temperature, precipitation, and vegetation conditions (i.e. habitats and environmental conditions) that are linked with these vector-borne diseases. They have incorporated these data into models that assess the likelihood of disease outbreaks as a function of these conditions. By anticipating when and where these conditions might become favorable, researchers can help local governments and international health organizations focus their resources to mitigate and/or manage the outbreaks.

“Disease risk models involve a mixture of understanding of the biology of the organism that spreads the disease and changes in environmental and habitat conditions, plus the numerical tools to be able to put it all together,” said Anyamba, who works with disease experts, biologists, and health officials across organizations and government agencies.

NASA satellites provide some of the inputs required by models: data on weather and climate, land-surface vegetation conditions, temperature and precipitation especially for geographical regions that lack such measurements on the ground, to monitor and model the conditions that precede an outbreak. But how do researchers know which environmental conditions play a significant part? To answer that question, researchers study past outbreaks and evaluate their models based on such historical events. 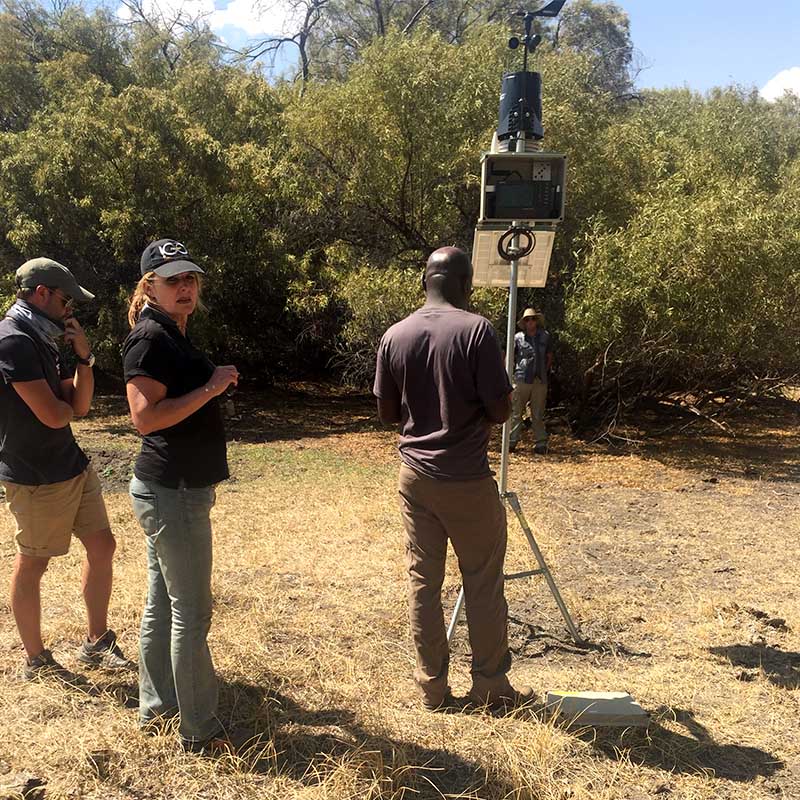 For example, Anyamba has studied various chikungunya outbreaks alongside his Rift Valley fever research. Chikungunya, a reemerging viral disease and illness is reported to have first appeared in 1952, but recently spread across the world and arrived in the US in 2015. It causes sudden fever, rash, and joint pain that could last for months sometimes causing victims to hunch over due to the aches.

The CHIKRisk model provides monthly outlooks of where chikungunya risk is highest around the world. That information is used by the U.S. Department of Defense’s Global Emerging Infections Surveillance (GEIS) system for situational awareness and protection of health of soldiers stationed overseas, and by the Pan American Health Organization (PAHO) to help control cases in high-risk areas.

The same approach can be used for other vector-borne diseases since the outbreak of these diseases is affected by meteorological conditions, which may evolve to anticipated change in climate conditions. Information sharing is key to prevention, mitigation and management of outbreak of such diseases. In 2020, Anyamba’s team used the CHIKRisk model assess the risk for chikungunya in India, Mexico, Indonesia, Malaysia, and Philippines. They found elevated risk for these countries/regions. Anyamba and his team using the same approach and working with researchers sponsored by the NASA’s Health and Air Quality Applications Program, and local health departments in California, New Jersey, Utah, South Dakota, and Louisiana to assess the risks of West Nile and dengue fever for these States.

An increased understanding of the link between meteorological conditions as possible precursors of such diseases, and the combined use of satellite data and mathematical models, give us hope that the prediction skill for such diseases outbreak will continue to improve in the future. Such information will be invaluable for health authorities and citizens around the world to manage the risk of these outbreaks.

Founded in 1969, under the auspices of the National Academy of Sciences at the request of the U.S. Government, the Universities Space Research Association (USRA) is a nonprofit corporation chartered to advance space-related science, technology and engineering. USRA operates scientific institutes and facilities, and conducts other major research and educational programs, under Federal funding. USRA engages the university community and employs in-house scientific leadership, innovative research and development, and project management expertise.