Columbia, Maryland--June 25, 2021. Universities Space Research Association’s Andrew Sayer co-authored an article published in the journal Science Advances on the effects of COVID-19 related lockdowns in early 2020 on air quality in North America, Europe, and China. The focus is on particulate matter (PM), small particles which are the leading environmental cause of mortality. In particular, PM exposure can exacerbate cardiovascular and respiratory conditions, and there is evidence that this includes the severity of COVID-19 infections. 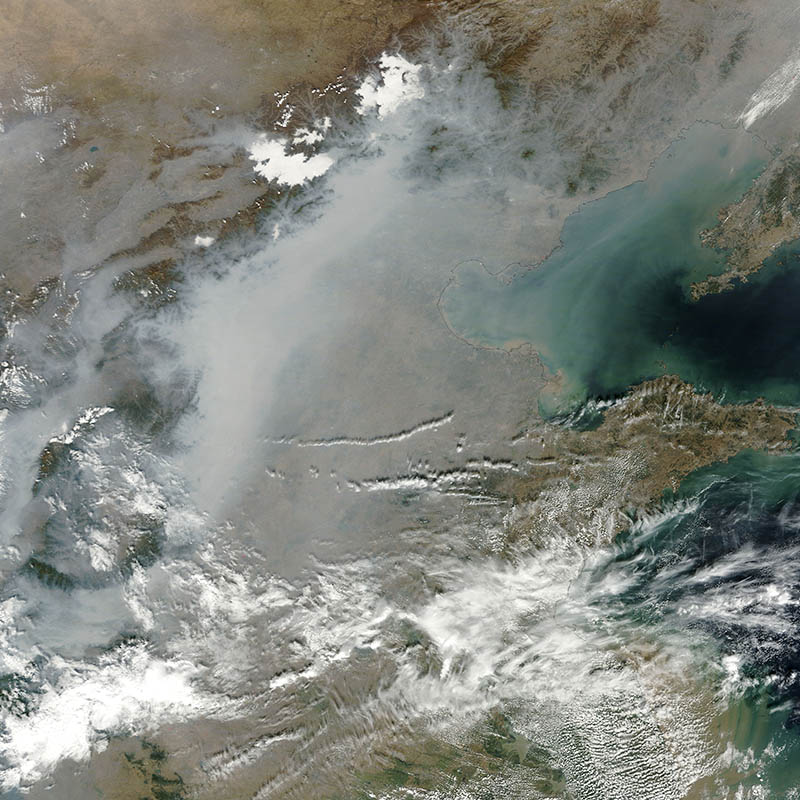 Previous studies on the effects of the lockdowns on air quality have tended to focus on gaseous contributions to air quality, such as nitrogen dioxide, rather than on PM. The two share some common sources caused by humans and both have important detrimental health effects, but they have different life times, and can be generated by other causes as well.

The research found, relative to the same times of year in 2018-2019, large decreases in near-surface average particulate matter concentrations in China, and much smaller decreases in North America and Europe. The differences were analyzed in the context of meteorological differences between the years as well as potential emissions reductions (mostly due to transportation) and existing long-term trends in the regions. It highlights the importance of all of these factors in interpreting particulate matter changes in different parts of the world, as well as our abilities to monitor them using state-of-the-art observation and modeling approaches.

Founded in 1969, under the auspices of the National Academy of Sciences at the request of the U.S. Government, the Universities Space Research Association (USRA) is a nonprofit corporation chartered to advance space-related science, technology, and engineering. USRA operates scientific institutes and facilities, and conducts other major research and educational programs, under Federal funding. USRA engages the university community and employs in-house scientific leadership, innovative research and development, and project management expertise. More information about https://advances.sciencemag.org/content/7/26/eabg7670/tab-figures-dataUSRA is available at www.usra.edu.