Radar Studies of Ice at Mercury May Help Artemis Program

Radar Studies of Ice at Mercury May Help Artemis Program

Arecibo radar reveals the nature of ice at Mercury’s north pole and improves detection of buried ice on the Moon.

Columbia, MD and Houston, TX—March 16, 2022. Despite being the closest planet to the Sun, some craters on Mercury’s poles contain ice. The deposits, which were first detected in the early 1990s, were thought to be thick layers of nearly pure water ice. A new study published in the Planetary Science Journal was able to characterize the icy deposits in Mercury’s north pole in greater detail and has provided a more robust way of finding and studying buried ice on other bodies. 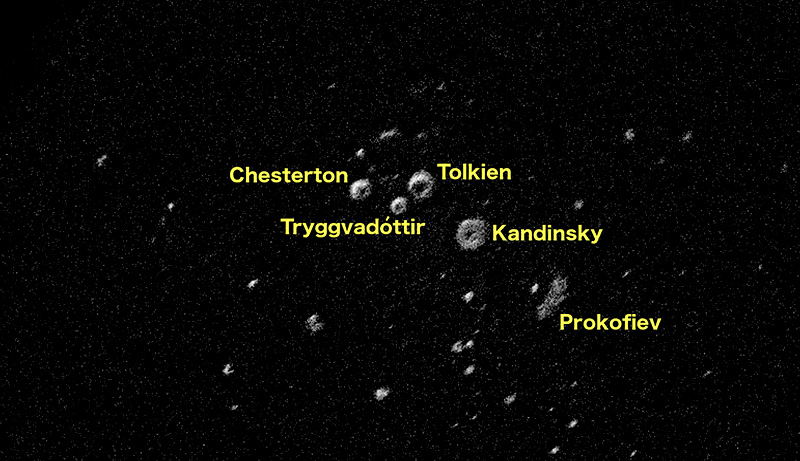 “Mercury’s polar deposits stand out nicely in radar imagery, unlike on the Moon where it has been difficult to say for certain where and how much ice there is in polar craters,” said Dr. Edgard G. Rivera-Valentín, USRA Senior Scientist at the Lunar and Planetary Institute and lead author. “Studying these standout examples of polar ice deposits can help us improve how we search for them elsewhere with radar, such as on the Moon.”

The team of scientists used measurements from the Arecibo Observatory in Puerto Rico, which at the time was the world’s most powerful and most sensitive planetary radar, to map in fine detail the ice deposits. The new data, along with measurements from the NASA MESSENGER (MErcury Surface, Space ENvironment, GEochemistry, and Ranging) spacecraft mission to Mercury, helped the team identify differences in how the buried ice scatters radar compared to nearby terrain and non-icy terrain.

“Our work shows that the diagnostic radar signature that is typically used to find buried ice is not robust. Instead, we found an improved way of identifying and studying buried ice.” This study  confirms findings by an earlier modeling study by Drs. Anne Virkki and Sriram Bhiravarasu who are both co-authors of the present work.

NASA is preparing to send the first woman and first person of color to the Moon with the goal of establishing a long-term presence on its surface. Finding local sources of water can help provide important resources to support human habitation of the Moon. Although currently not operational, the legacy of the Arecibo planetary radar continues to help not only understand far away planets, but also to prepare humanity for its next steps on exploring the Moon.

Additionally, the authors noted differences in the radar “brightness” across the deposits, which may be attributed to compositional differences. “We found that some deposits in polar craters are nearly-pure water ice that is then surrounded by less and less ice in a clear gradational pattern,” said Rivera-Valentín.

Mercury will soon be studied again by a spacecraft. This time by the European Space Agency’s Mercury Planetary Orbiter part of the BepiColombo mission. The detailed radar study and our findings help inform the upcoming observations of the polar craters by the mission.

Founded in 1969, under the auspices of the National Academy of Sciences at the request of the U.S. Government, the Universities Space Research Association (USRA) is a nonprofit corporation chartered to advance space-related science, technology and engineering.  USRA operates scientific institutes and facilities, and conducts other major research and educational programs. USRA engages the university community and employs in-house scientific leadership, innovative research and development, and project management expertise. More information about USRA is available at www.usra.edu.

The Lunar and Planetary Institute (LPI), operated by Universities Space Research Association, was established during the Apollo program in 1968 to foster international collaboration and to serve as a repository for information gathered during the early years of the space program. Today, the LPI is an intellectual leader in lunar and planetary science. The Institute serves as a scientific forum attracting world-class visiting scientists, postdoctoral fellows, students, and resident experts; supports and serves the research community through newsletters, meetings, and other activities; collects and disseminates planetary data while facilitating the community’s access to NASA science; and engages and excites, and educates the public about space science and invests in the development of future generations of explorers. The research carried out at the LPI supports NASA’s efforts to explore the solar system. More information about LPI is available at www.lpi.usra.edu.