News from the DPS Conference

News from the DPS Conference 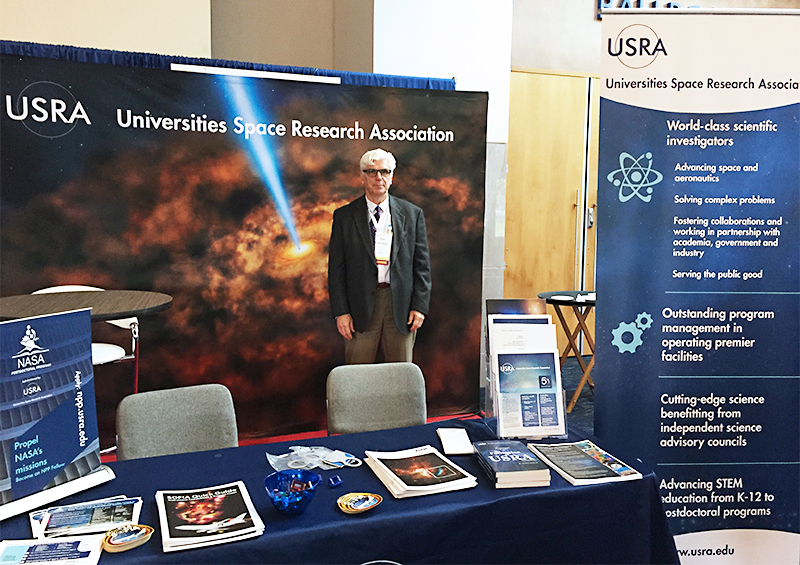 The USRA booth featuring materials from USRA and SOFIA, attracted many visitors including several students who were interested in internships and job opportunities. The Press Room was abuzz with activity and held several press conferences. 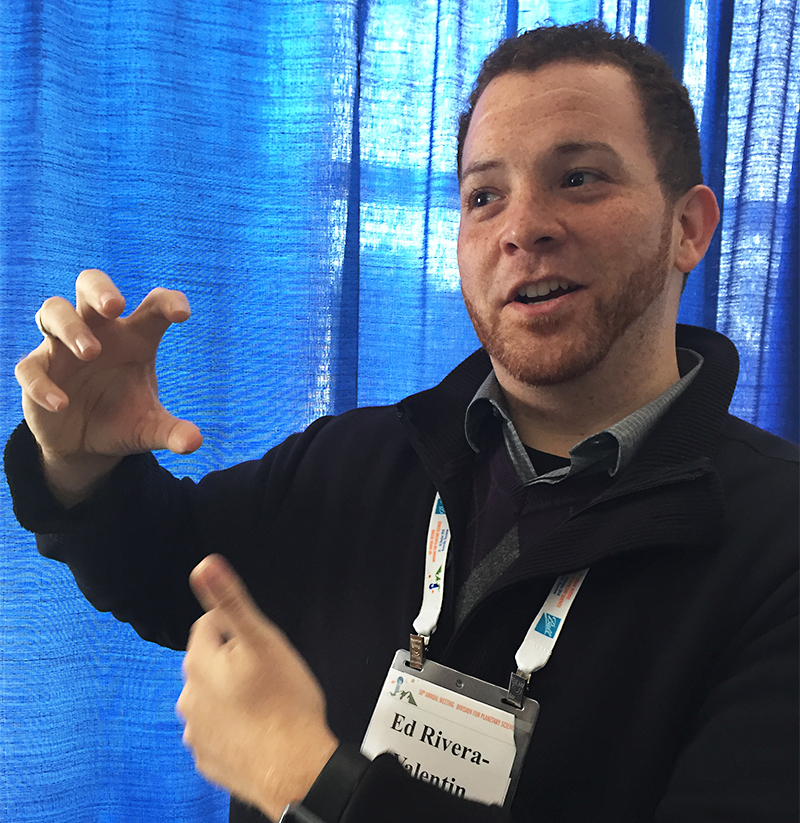 USRA garnered interviews for Dr. Paul Schenk who was interviewed by Space.com and a freelance reporter interviewed Dr. Edgard Rivera-Valentin.

Paul Schenks’ book Enceladus on was on a prominent display among the new releases.

BBC’s Kimberly Bartholomew, interviewed Edgard Rivera-Valentin for a series called “The Planets”—a documentary in five parts expected to be released in early spring in 2019. It is scheduled to be aired on PBS/NOVA. Topics covered the similarities and differences in the following planets in their youth and their evolution as they aged: Mercury, Venus, Mars and Saturn (and its Moons-Titan, Iapetus, and Enceladus) and Jupiter (and the Galilean Moons –Io, Europa, Ganymede, and Callisto). 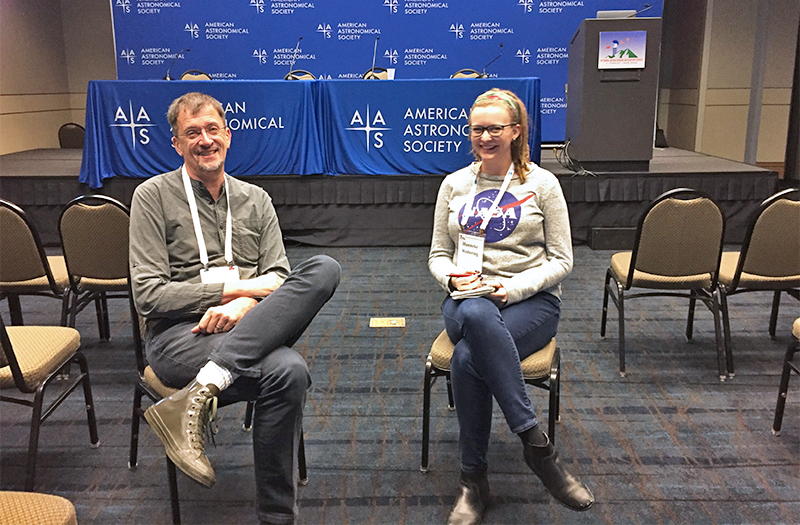