Columbia, Maryland—June 15, 2021. Every year, landslides – the movement of rock, soil and debris down a slope – cause thousands of deaths and billions of dollars in damages. Because terrain, characteristics of the rocks and soil, weather and climate all contribute to landslide activity, accurately identifying the areas most at risk at any given time can be an uphill battle. Early warning systems are generally regional – based on region-specific data provided by ground-based sensors, field observations, and rainfall totals. But what if we could identify at-risk areas anywhere in the world at any time using the combined power of space-based observations and models? 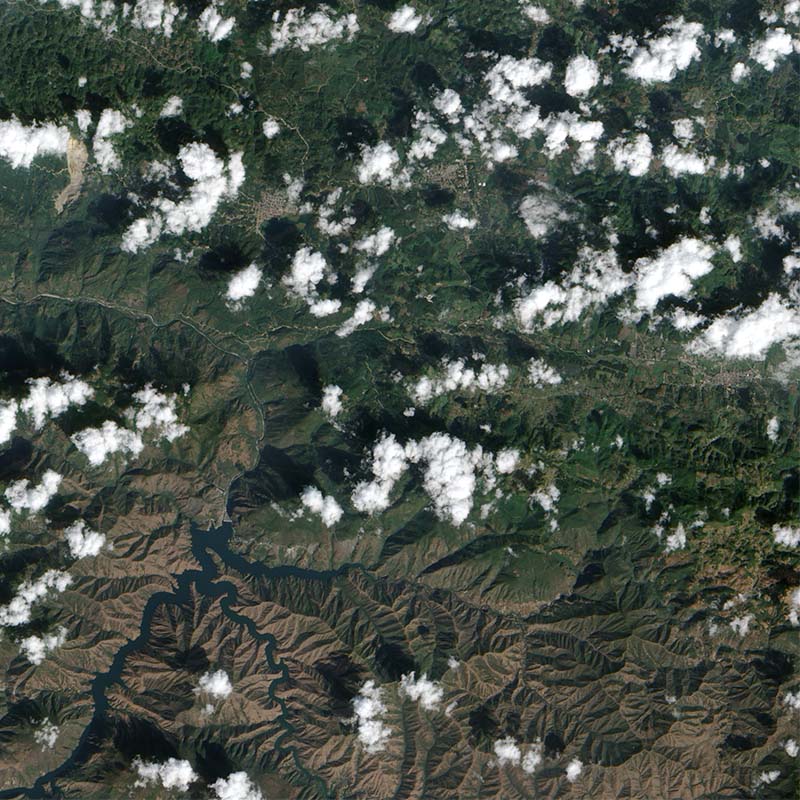 On January 4, 2009, a mountainside in northern Guatemala suddenly collapsed, sending thousands of tons of rock and debris downhill and burying a nearby road. The event occurred in the state of Alta Verapaz, some 200 kilometers (124 miles) north of Guatemala’s capital city. Credit: NASA image created by Jesse Allen, using EO-1 ALI data provided courtesy of the NASA EO-1 Team. Caption by Michon Scott.

LHASA Version 2, released last month, is a machine-learning-based model that analyzes a collection of individual variables and satellite-derived datasets to produce customizable “nowcasts” -- estimates of potential landslide activity in near-real time -- for each one square kilometer area between 60 degrees North latitude and 60 degrees South latitude. It factors in the slope of the land (higher slopes are more prone to landslides), distance to faults, the make-up of rock, past and present rainfall, from the Global Precipitation Measurement (GPM) mission and satellite-derived soil moisture and snow mass data.

According to Stanley, a USRA scientist working at Goddard Space Flight Center, “The model processes all of this data and outputs a probablistic estimate of a landslide hazard in the form of an  interactive map (https://landslides.nasa.gov/viewer). This is valuable because it provides a relative scale of landslide hazard, rather than just saying there is or is not a landslide risk.  Users can define their area of interest and adjust the categories and probability threshold to suit their needs."

In order to “teach” the model, researchers created a table of input for the model with all of the relevant landslide variables and many locations for all the locations of interest that have recorded landslides in the past. A machine-learning algorithm takes the table and tests out different possible scenarios and outcomes and when it finds the most accurate one, it outputs a decision tree. It then identifies the errors in the decision tree and calculates another tree that fixes those errors. This process continues until the model has “learned” and improved about 300 times.

“The result is that this version of the model, informed by the machine learning algorithm, is roughly twice as accurate as the original version (Version 1) of the model.” said Stanley. “While the accuracy is highest – often 100% -- for major landslide events triggered by tropical cyclones, it improved its landslide prediction accuracy significantly across all landslide inventories studied.” 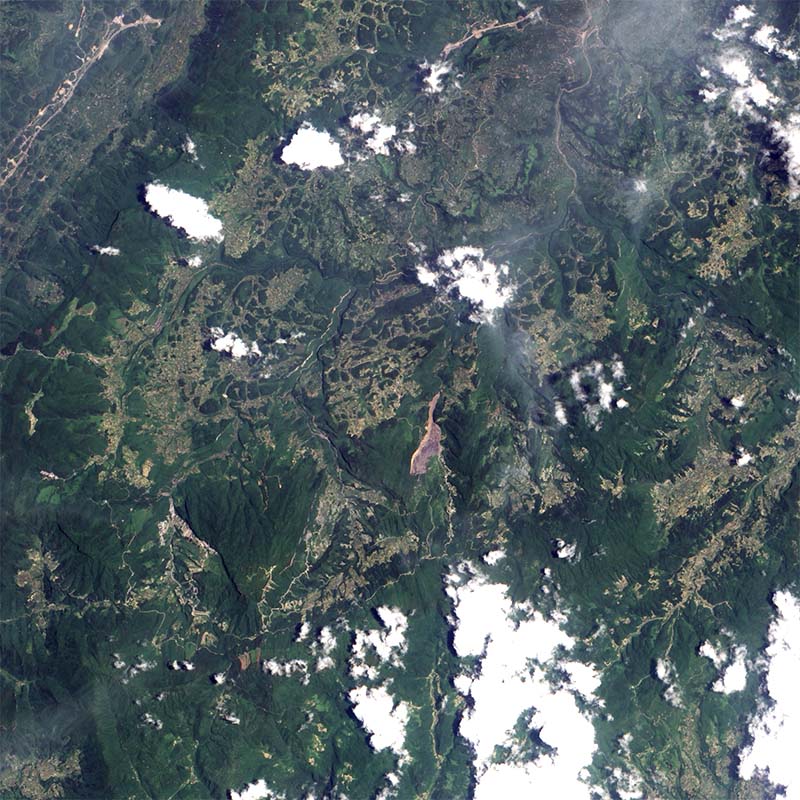 Version 1, released in 2018, did not use a machine-learning algorithm. It combined satellite precipitation data with a global landslide susceptibility map to produce its nowcasts. It made its predictions using one decision tree largely based on rainfall data from the preceding week and categorized each grid cell into three categories: low, moderate, or high risk.

“In this new version, we have 300 decision trees that lead to better information compared with the first version which was based on just one decision tree,” Stanley said. “Version 2 also incorporates more variables than its predecessor including soil moisture and snow mass data.”

Generally speaking, soil can only absorb a certain amount of water before becoming saturated and, combined with other conditions, posing a landslide risk. By incorporating soil moisture data, the model can discern how much water is already present in the soil and how much additional rainfall would push it past that threshold. Likewise, if the model knows the amount of snow present in a given area, it can factor in the additional water resulting from snowmelt that enters the soil. The soil moisture data is from the NASA Soil Moisture Active Passive (SMAP) satellite which launched in 2015 and provides continuous global coverage.

LHASA Version 2 also adds a new exposure feature that analyzes the distribution of roads and population in each grid cell to calculate the number of people or infrastructure exposed to landslide hazard, which was developed by USRA scientist Robert Emberson. The exposure data is downloadable and has been integrated into the interactive map. Adding this type of information about exposed roads and vulnerable populations helps improve situational awareness and actions by different types of stakeholders from international organizations to local officials.

Although experimental, LHASA Version 2 has already been used to aid local disaster response agencies with response and recovery efforts. In November 2020, when hurricanes Eta and Iota struck Central America within the span of 2 weeks, researchers working with NASA’s Earth Applied Sciences Disasters program area used LHASA Version 2 to generate maps of predicted landslide hazard for Guatemala and Honduras. The researchers overlaid the model with district-level population data so they could better assess the proximity between potential hazards and densely populated communities. NASA Disasters Program coordinators shared the information with national and international emergency response agencies to provide better insight of the hazards to personnel on the ground.

While LHASA is a useful tool for planning and risk mitigation purposes, Stanley says the model is meant to be used with a global perspective in mind rather than response for any specific area.However, future research may expand that goal.

"We are working on incorporating a precipitation forecast into LHASA Version 2 and we hope it will provide further information for advanced planning and actions prior to major rainfall events,” said Stanley. One challenge, Stanley notes, is obtaining a long enough archive of forecasted precipitation from which the model can learn.

In the meantime, governments, relief agencies, emergency responders and other stakeholders (as well as the general public) have access to a powerful risk assessment tool in LHASA Version 2. To learn more, please visit https://landslides.nasa.gov/viewer.