New Insights into the Origin of Diamonds in Meteorites

New Insights into the Origin of Diamonds in Meteorites

Houston, TX and Columbia, MD — September 28, 2020. Scientists have offered new insights into the origin of diamonds in ureilites (a group of stony meteorites). These diamonds most likely formed by rapid shock transformation from graphite (the common low-pressure form of pure carbon) during one or more major impacts into the ureilite parent asteroid in the early solar system. 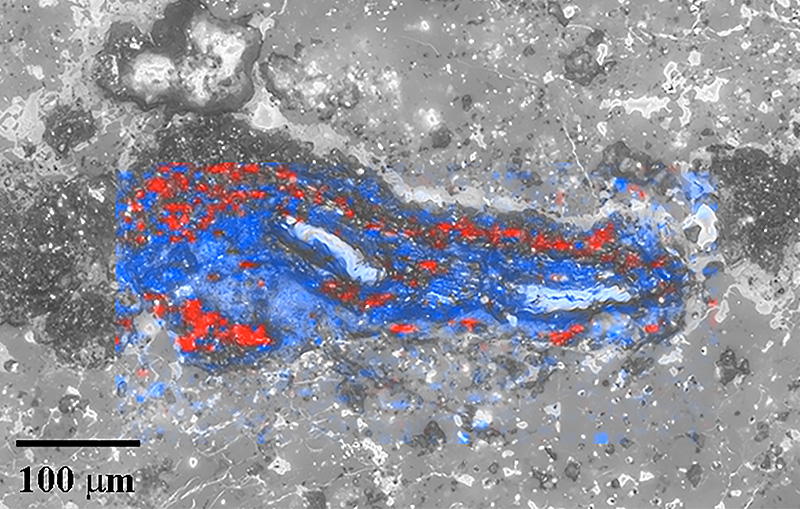 Previously, researchers have proposed that diamonds in ureilites formed like those on Earth — deep in the mantle of the planet, where the high pressures needed to form diamond (a very dense, hard form of pure carbon), are created by the weight of overlying rock. If diamonds in ureilites formed this way, then the original parent body on which they formed must have been a large protoplanet – at least the size of Mars or Mercury.

However, new research conducted by Prof. Fabrizio Nestola (University of Padova, Italy), Dr. Cyrena Goodrich (Universities Space Research Association at the Lunar and Planetary Institute) and their colleagues show there is no evidence requiring formation under the high static pressures and long growth time conditions of a planet’s deep interior.

The team investigated diamonds in three ureilite samples using electron microscopy, micro X-ray diffraction, and Raman (laser) spectroscopy. Their investigations revealed both large (up to 100 micrometers in size) and small (nanometers in size) grains of diamond, along with metallic iron and graphite, in the carbon-rich regions located among the silicate mineral grains in these samples.

“We discovered the largest single-crystal diamond ever observed in a ureilite,” says Dr. Cyrena Goodrich. “Importantly, the ureilites that we investigated have all been highly shocked, based on the evidence from their silicate minerals, which strongly suggests that both large and small diamonds in these rocks formed from original graphite via shock processes.”

The origin of diamonds in ureilites has important implications for models of planetary formation in the early solar system. Present day asteroids, from which most meteorites originate, are very small compared to the planets. However, planetary formation models predict that planets formed as a result of the accumulation of Moon- to Mars-sized planetary embryos (protoplanets). Advocates of the high static pressure hypothesis for the origin of ureilite diamonds argue that the ureilite parent body was one of these embryos. However, Nestola and co-authors demonstrate that the presence of diamonds in ureilites does not require a Mars-sized parent body.

Previously it was thought that micrometer-sized diamonds were too large to have formed in the short time periods (e.g., microseconds) during which peak pressures are maintained in impact events. However, Nestola et al. calculated that peak shock pressures could last for 4-5 seconds during a major impact such as that inferred for the ureilite parent body. This is sufficient for formation of 100 micrometer-sized diamonds when catalyzed by the presence of metal, a process commonly used in production of diamonds in industry. Since metal is ubiquitously associated with the carbon phases in ureilites, catalyzed formation of large diamonds from original graphite under shock compression is very likely.

Dr. Goodrich further notes, “Our findings are important because they not only indicate a shock origin for the diamonds in ureilites, as discussed by many previous researchers, they also refute arguments that have been made for the large parent body hypothesis. This type of scientific debate and testing of hypotheses is an essential part of making progress in science.”

About USRA Founded in 1969, under the auspices of the National Academy of Sciences at the request of the U.S. Government, the Universities Space Research Association (USRA) is a nonprofit corporation chartered to advance space-related science, technology and engineering. USRA operates scientific institutes and facilities, and conducts other major research and educational programs, under Federal funding. USRA engages the university community and employs in-house scientific leadership, innovative research and development, and project management expertise. More information about USRA is available at www.usra.edu.

About LPI The Lunar and Planetary Institute (LPI), operated by Universities Space Research Association, was established during the Apollo program to foster international collaboration and to serve as a repository for information gathered during the early years of the space program. Today, the LPI is an intellectual leader in lunar and planetary science. The Institute serves as a scientific forum attracting world-class visiting scientists, postdoctoral fellows, students, and resident experts; supports and serves the research community through newsletters, meetings, and other activities; collects and disseminates planetary data while facilitating the community’s access to NASA science; and engages and excites, and educates the public about space science and invests in the development of future generations of explorers. The research carried out at the LPI supports NASA’s efforts to explore the solar system. More information about LPI is available at www.lpi.usra.edu.