New Findings on the Formation of Ionized Carbon

New Findings on the Formation of Ionized Carbon

Columbia, MD—July 11, 2022. Scientists have long held that star formation creates ionized carbon giving vital information for understanding our universe. But a new study led by Universities Space Research Association’s Robert Minchin, has shown that ionized carbon is also formed by galaxies moving through the hot gas of the Virgo cluster. The results were published in The Astronomical Journal. 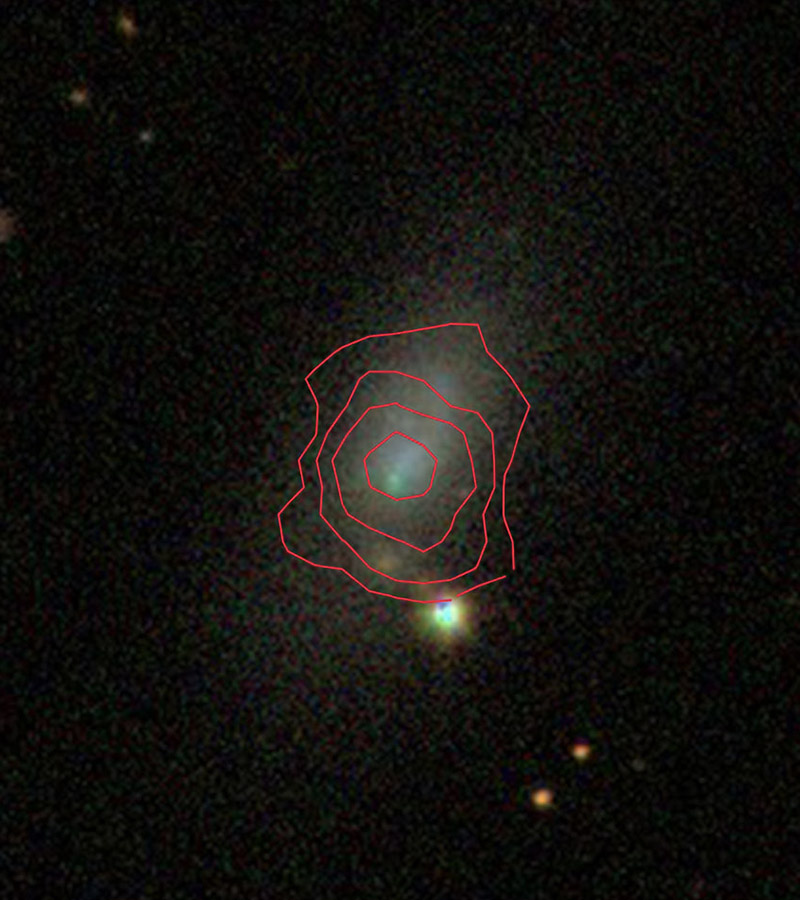 Since the 1990’s scientists have suspected that ionized carbon might be formed by galaxies plowing through the hot gas of clusters—a process known as “ram pressure.” Observations from the Stratospheric Observatory for Infrared Astronomy (SOFIA) have recently revealed that it can result from galactic jets hitting the gas in those galaxies and from interactions between galaxies. But a good sample of galaxies in clusters to study this process was lacking until USRA scientist Robert Minchin found the data available in the archive for ESA’s Herschel Space Telescope.

Minchin noted that in preparing a SOFIA proposal in the Virgo cluster to look for this effect, he checked the Herschel archive to see what had been done previously and found observations from fourteen dwarf galaxies.

Minchin stated, “This showed us that something other than star formation was forming ionized carbon in the center of the cluster, with ram pressure being the obvious culprit. We had long suspected that this might be the case, but previous studies with ESA’s Infrared Space Observatory satellite (which operated from 1995 to 1998) were inconclusive. Here, at last, was the evidence we were looking for.”

The finding adds to growing evidence from SOFIA that ionized carbon is formed by a variety of different processes that affect galaxies in the local universe, calling into question the link between ionized carbon and star formation used to study galaxies at cosmological distances. The importance of finding out exactly what is happening to ionized carbon in different environments was recently called out in a major report on astronomy—the 2020 Decadal Survey—that stated: “An accurate calibration of this tracer … as a function of local environment in the Milky Way and nearby galaxies can be accomplished with SOFIA, building on the legacy of Herschel.”

According to Minchin, “We had hoped to use SOFIA to further investigate this effect. We have the first evidence for its existence here, but this is only a tantalizing glimpse – we need to do a lot more work to fully understand what is going on and learn how to correctly interpret the results from high redshift galaxies (that can be seen with the ALMA telescope in Chile) in order to enhance our understanding of the early universe. Unfortunately, the decision to cease SOFIA operations means this will have to wait for a future far infrared mission.”

Founded in 1969, under the auspices of the National Academy of Sciences at the request of the U.S. Government, the Universities Space Research Association (USRA) is a nonprofit corporation chartered to advance space-related science, technology, and engineering.  USRA operates scientific institutes and facilities, and conducts other major research and educational programs. USRA engages the university community and employs in-house scientific leadership, innovative research and development, and project management expertise. More information about USRA is available at www.usra.edu.