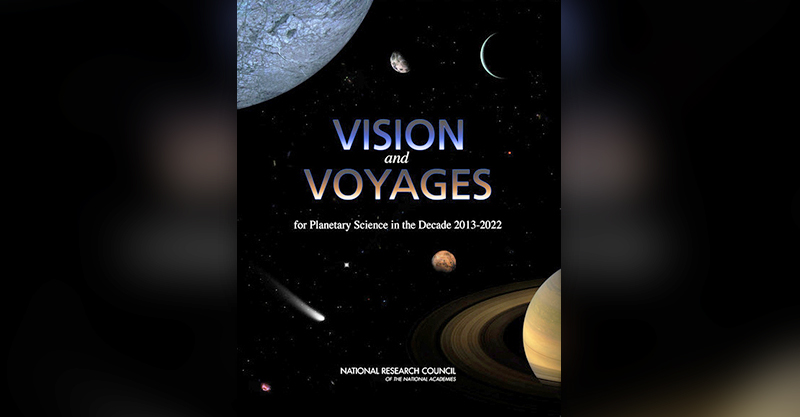 This mideterm report, co- chaired by USRA's Dr. Louise Prockter, Director of LPI, entitled Vision and Voyages for Planetary Sciences in the Decade 2013–2022: A Midterm Review, provides guidance on achieving the goals in the remaining years covered by the decadal survey as well as preparing for the next decadal survey, scheduled to begin in 2020.

“Since the publication of Vision and Voyages, planetary science has made many advances, including acquiring results from several highly successful missions,” said Louise Prockter, co-chair of the committee that conducted the study and wrote the report. “This decadal survey has served the planetary science community well, justifying a plan for planetary science that has been successful in supporting research and obtaining steady funding for missions.”