Washington DC and Columbia, MD —May 15, 2019.  Universities Space Research Association brought together influential voices at its 50th Anniversary Symposium: “Space Exploration: Achievements of the Past 50 Years and Ambitions for the Future.” The Symposium was held on April 23 at the historic building of the National Academy of Sciences in Washington, D.C. 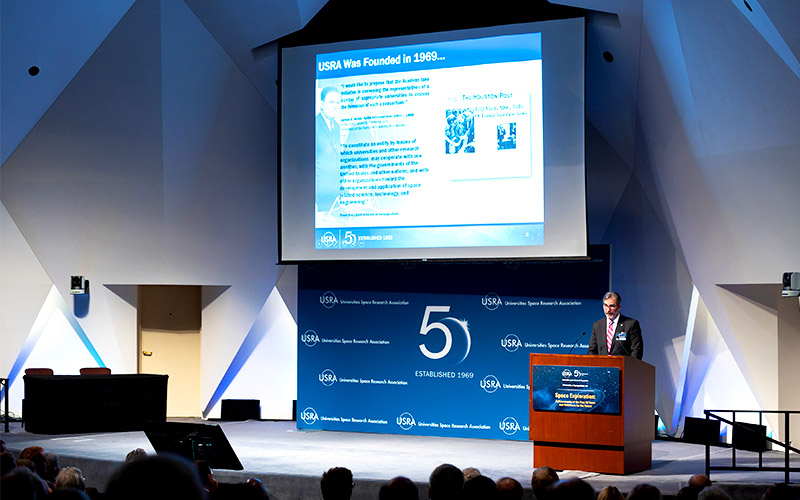 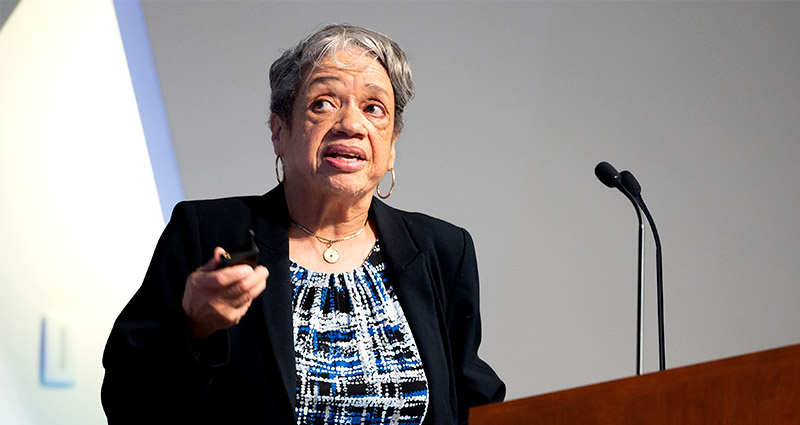 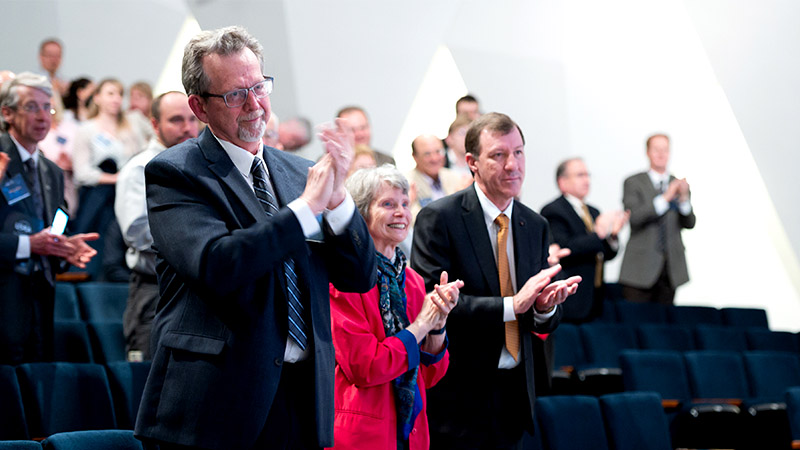 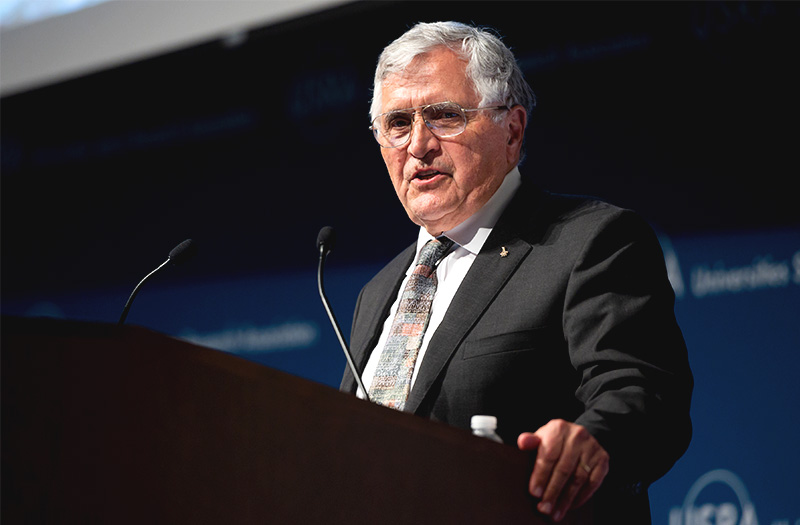 Dr. William F. Ballhaus, Jr., Chair of the Board of Trustees of USRA, opened the meeting and welcomed the representatives of USRA’s member universities, distinguished guests, and members of the press. Dr. Jeffrey A. Isaacson, President and CEO of USRA, remarked on the history of USRA. Dr. Isaacson reaffirmed the organization’s commitment to advancing space-related science, technology and engineering through USRA’s research and educational initiatives.

Dr. Pace underscored the need of sustainable exploration of the Moon. This renewed effort of going back to the Moon, he said, will need commercial and international partnerships, and American ingenuity that results from collaborative efforts of universities, government agencies, industry and private organizations.

Mr. Wörner discussed the history of international cooperation in what he termed “Space 2.0” and “Space 3.0.” “Space 4.0” he presented as a “shift of paradigms.” In Space 4.0, Mr. Wörner explained that “technologies and motivations are totally different than 50 years ago when USRA first began." He said we need to “explore how we define our roles in this new era" and put forward the concept of a “Moon Village.”

Dr. Darden spoke about her personal journey to become a mathematician, and then an aeronautical engineer, as a woman at NASA in the 1960s. She described her research on the sonic boom caused by aircraft in supersonic flight and her work for NASA to lessen the shock wave, and highlighted the important research that continues today. She concluded by emphasizing the critical importance of introducing children early to possible careers in STEM. Dr. Darden’s talk received a standing ovation. 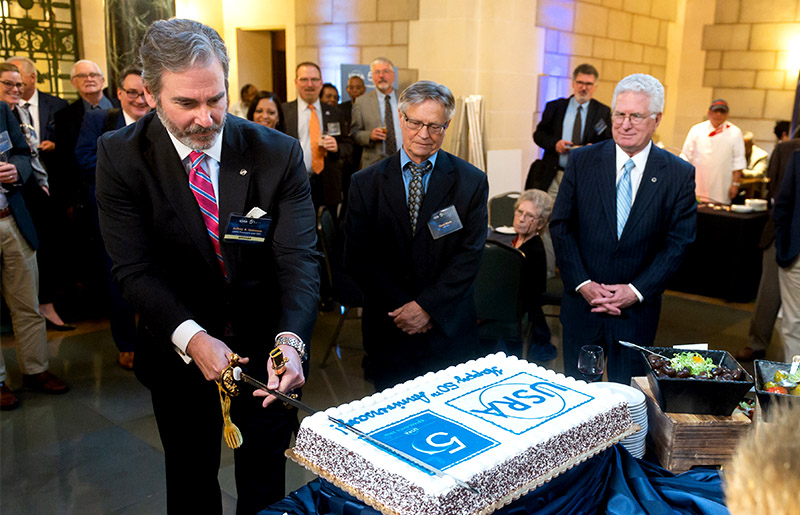 During the Apollo program, according to Dr. Schmitt, there was a “willingness to take risks and to learn from that risk." When asked about a crisis in today's environment, Schmitt said, "When working in deep space, the risks don't go away. It's all about how well you manage these risks." Dr. Schmitt also said he thinks one of the benefits of space exploration could involve creating power plants, fuel and other consumables. "But to get these results you need to be active in space research and exploration," he said. "That's going to require partnerships between government entities, universities and the private sector."

Professor Daniel Baker from University of Colorado Boulder, who serves as Chair of USRA's Council of Institutions, was joined by Dr. Thomas Zurbuchen,  NASA Associate Administrator for the Science Mission Directorate, and former professor of space science and aerospace engineering at the University of Michigan, for closing remarks.  Dr. Zurbuchen spoke of the importance of early career faculty and graduate students in space exploration who are “more relevant than deans and distinguished faculty.” He envisions a future of partnerships that involves universities and concluded by saying that exploration unites – its helps bring the world together and “it’s worth dedicating your life to.”

To hear the speakers and see their presentations, watch the video below: