Microgravity Experiments On Board 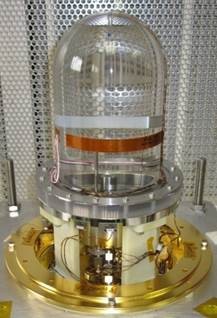 The first payload is the Zero Boil-Off Tank (ZBOT) experiment. ZBOT is a family of three microgravity experiments that will aid in the design and development of long-term storage systems for cryogenic fluid systems that will be used in space and on Earth. ZBOT will obtain two-phase flow data in microgravity of tank pressure control through fluid mixing and active cooling. These data will be used to verify and validate Computational Fluid Dynamic (CFD) models for future cryogenic storage systems. Dr. Mohammad Kassemi of Case Western Reserve University (CWRU) is the Principal Investigator (PI) for ZBOT. CWRU is a member university of Universities Space Research Association (USRA).

Cygnus will also carry the Spacecraft Fire Experiment-III (Saffire-III) marking the third time that the spacecraft has been used for these investigations as a unique environment to study fires in microgravity. Designed and developed at NASA GRC, the results from the Saffire-III experiment will enable NASA to develop technologies to reduce crew risk and make deep space exploration safer for astronauts. This specific experiment will also test the performance of different heat shield materials that may be used on future U.S. space missions. Science personnel from both USRA and CWRU play important roles in the Saffire investigations.

Both ZBOT and Saffire-III are part of a continuous 20-year collaboration between USRA, CWRU, and NASA GRC in microgravity research in the fields of fluid physics and combustion science.